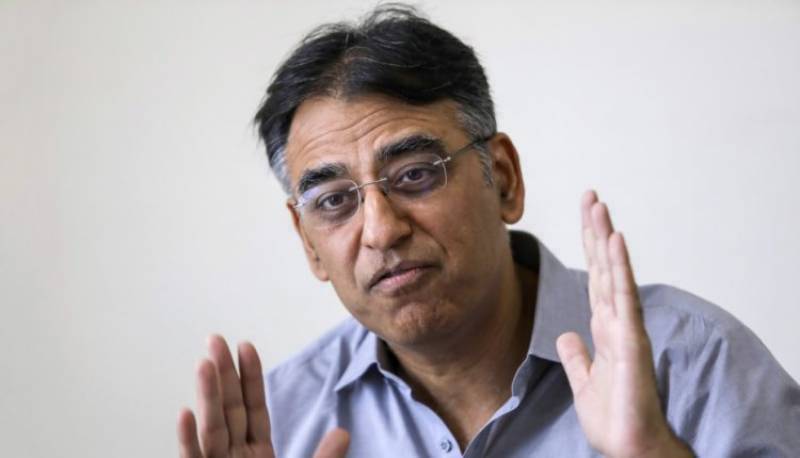 Islamabad (Staff Report/Agencies): The government has decided to initiate negotiations with International Monetary Fund (IMF) for the recovery and stabilization of national economy.

In a video message, Finance Minister Asad Umar said that everyone is aware of the difficult economic conditions left by the previous government that is why Pakistan Tehreek-e-Insaf (PTI) led government has decided to take the country out of the crisis.

Asad said that the government inherited 6.6% of fiscal deficit, more than a trillion Rupees of unaccounted for losses in the energy sector and an unprecedented and debilitating current account deficit running at 2 billion dollars a month.

The finance minister said that fiscal and monetary actions were needed to be undertaken without delay to correct the underlying imbalances.

He said the finance supplementary (Amendment) Act, 2018 and the policy rate increase by the State Bank are actions taken to stabilize the macroeconomic situation.

In addition, regulatory duties on non-essential imports have had to be introduced to curb the unnecessary growth in imports.

He said after taking into account the current situation and consultation with the leading economists, the government has decided to approach the IMF for an economic recovery program.

The finance minister said the government wants to protect interests of lower income segments of the society and aims to put a "minimum impact" on the low-income classes while passing on the burden to wealthy citizens.

Finance Minister Asad Umar will lead a Pakistani delegation at the annual meeting of the International Monetary Fund (IMF) and World Bank in Bali, Indonesia.

The minister will meet IMF officials on the sidelines of the meeting, where he will discuss the challenges confronting the Pakistani economy and the proposed IMF loan programme.

On October 8, Prime Minister Imran Khan also hinted at approaching the IMF for “bridging loans” during the critical phase the country is passing through. Meanwhile friendly countries are being approached to deposit funds in the State Bank to boost reserves.