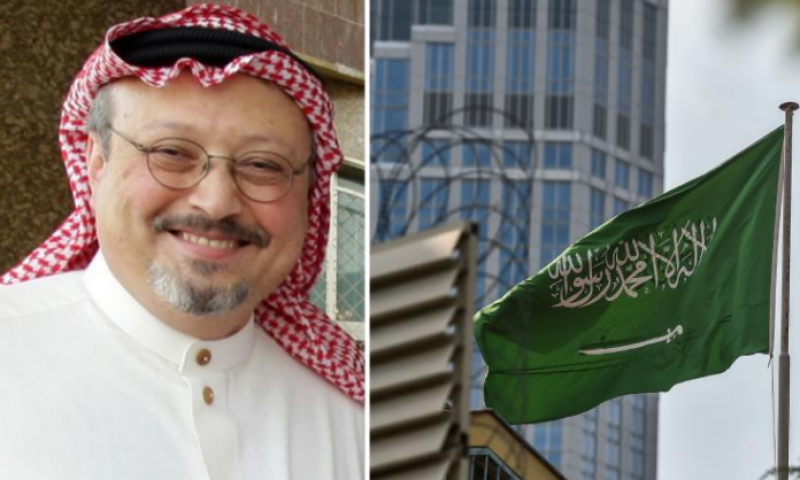 Turkish Foreign Ministry spokesman Hami Aksoy said that although the Vienna convention states that consulate buildings have immunity, they can be searched by host country authorities with the consent of the mission chief.

"The consulate building will be searched in the framework of the investigation," said Aksoy in a written statement.

The announcement came a day after Turkish President Recep Tayyip Erdogan asked Saudi officials to prove their claim that Khashoggi had left the Saudi consulate in Istanbul after his October 2 appointment to pick up an official document.

Turkey says the journalist did not leave the Istanbul consulate, while Saudi Arabia maintains he left the premises.

Khashoggi, 66, a Washington Post contributor, vanished after entering the consulate to receive official documents ahead of his marriage to a Turkish national, Hatice Cengiz.

Turkish officials say there was no security footage of his departure.

"Consulate officials cannot save themselves by saying that he left the building... Don't you have a camera?" Erdogan said at a news conference in Budapest on Monday.

"If he left, you have to prove it with footage. Those who ask Turkish authorities where he is should ask what happened."

A Turkish government source told AFP at the weekend that the police believe the journalist "was killed by a team especially sent to Istanbul and who left the same day".

Police said that around 15 Saudis, including officials, arrived in Istanbul on two flights on Tuesday and were at the consulate at the same time as Khashoggi.

The consulate rejected claims that the journalist was killed there as "baseless".

Turkey meanwhile summoned the Saudi ambassador for a second time Sunday over the journalist's disappearance.

"The ambassador was told that we expected full cooperation during the investigation," the source said.

Erdogan said Turkish police and intelligence were investigating the case.

"The airport exits and entrances are being examined. There are people who came from Saudi Arabia," he said. "The chief prosecutor's office is investigating the issue."

Protesters gathered outside the Saudi consulate in Istanbul on Monday with banners reading, "We will not leave without Jamal Khashoggi," demanding to know what had happened to him.

Yemeni activist Tawakkol Karman, the 2011 Nobel Peace Prize laureate, said it would be an "awful crime" if the claims of his death were true.

"Killing him is like killing us. This policy is just a terror policy. There's no difference between the state terror and other terror actions," she said.

Saudi Crown Prince Mohammed bin Salman (known as MBS) previously told Bloomberg that Riyadh was "ready to welcome the Turkish government to go and search our premises", which is Saudi sovereign territory.

"We will allow them to enter and search and do whatever they want to do. If they ask for that, of course, we will allow them. We have nothing to hide," Crown Prince Salman said in an interview published on Friday.

Khashoggi has been critical in Arab and Western media of some of the crown prince's policies, including Riyadh's role in the war in Yemen.

Saudi Arabia "has become one-man rule”, Khashoggi told FRANCE 24 in an interview last year. “[MBS] has control of everything. He is creating an environment of intimidation and fear. Saudis are being silenced. That is not a recipe for reform in Saudi Arabia – and he needs to do something about that.”

He compared the 33-year-old crown prince to Russian President Vladimir Putin in a column for the Washington Post in November 2017.

"As of now, I would say Mohammed bin Salman is acting like Putin," he wrote. "He is imposing very selective justice. The crackdown on even the most constructive criticism – the demand for complete loyalty with a significant 'or else' – remains a serious challenge to the crown prince's desire to be seen as a modern, enlightened leader."

US President Donald Trump weighed in on the matter on Monday, saying he was "concerned" about the journalist's disappearance.

"Right now, nobody knows anything about it. There are some pretty bad stories going around. I do not like it." Trump told reporters at the White House.

A top Senate ally of Trump warned of a "devastating" impact on the US alliance with Saudi Arabia if allegations are confirmed.

Republican Senator Lindsey Graham said Riyadh must provide "honest answers" to the claims that he was murdered.

Graham said his position was shared by Bob Corker, chairman of the Senate Foreign Relations Committee, and Ben Cardin, a senior Democrat on the panel.

Saudi Arabia launched a modernisation campaign following Prince Mohammed's appointment as heir to the throne with moves such as lifting a ban on women driving.

But the ultra-conservative kingdom, which ranks 169th out of 180 on the Reporters Without Borders World Press Freedom Index, has been strongly criticised over its intolerance of dissent with dozens of people arrested, including intellectuals and Islamic preachers.