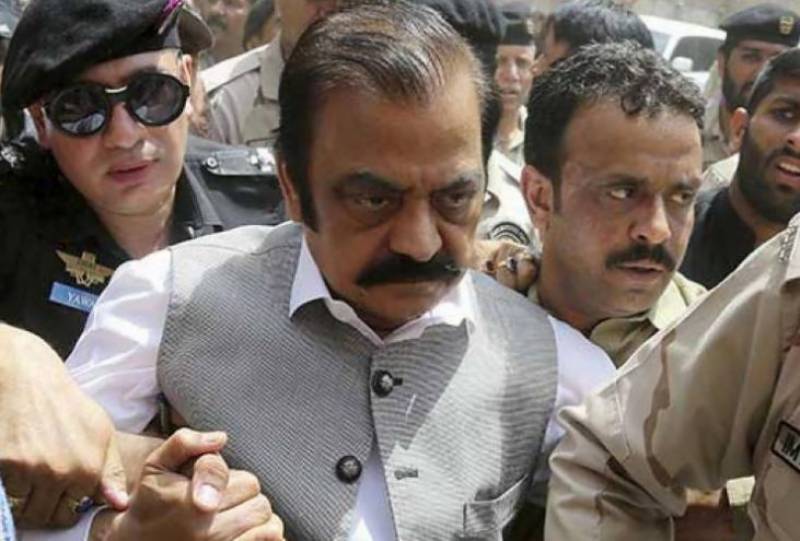 During today’s hearing, Sanaullah’s lawyer Azam Nazeer Tarar told the court that all the footage has been secured.

He told the court that the entire story of taking out the bags and discovering drugs was made-up. He added that after watching the video, everyone knows that Rana Sanullah’s version of the story was correct.

The Lawyer of Anti-Narcotics Force (ANF) requested that records be presented in the court and Sanaullah be charged.

The court after hearing the arguments, extended Sanaullah’s judicial remand till October 18. The court also and ordered the complainant, Azizullah to appear before the court.

Talking to newsmen after the hearing, Rana Sanaullah said that the safe city records have proven him correct. He added that Shehryar Afridi should apologise to the nation.

“Records have proven that nothing happened at the toll plaza. All the hypothetical proceedings happened at the police station. I have never seen heroin in my life nor have I smoked a cigarette, the PML-N leader said.”

ANF arrested Rana Sanaullah from Motorway near Sukheki on July 1. He is accused of having ties with drug traffickers.