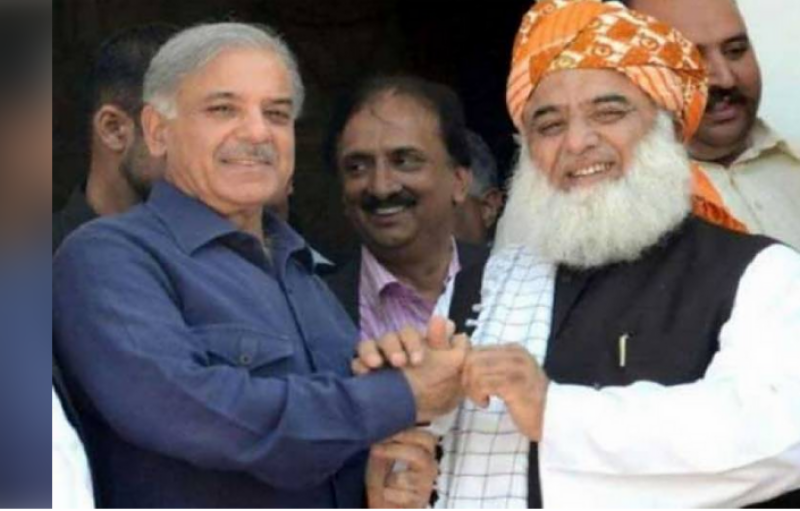 Lahore (Web Desk): The Pakistan Democratic Movement (PDM) on Saturday stated that the early elections are the only way to take Pakistan forward.

Leader of the Opposition in the National Assembly Shahbaz Sharif said that the alliance of the opposition parties was united in its cause and that raising a voice against inflation was the right of the people.

"This is not an easy path; we will have to commit all our energies to it, work, day and night, and only then can we take the country back to the state it was in during 2018, after that, we can take the country towards progress," he said.

It has now become inevitable to protest against the PTI-led government over rising food prices,” the PML-N leader said.

“It is very unfortunate that Modi [Indian prime minister] could not damage army’s prestige so much that [Prime Minister] Imran Khan did by mishandling sensitive matters,” Shehbaz lamented.

Speaking on the occasion, PDM chief Maulana Fazlur Rehman said the anti-government alliance was serious and strengthened in its goal of toppling the Imran Khan-led government.

He said grand public gatherings will be organised in Faisalabad on October 16 and in Dera Ismail (DI) Khan on October 31.

Both the PDM leaders discussed various issues including political situation of the country, rising inflation particularly the recent hike in prices of petrol and electricity.