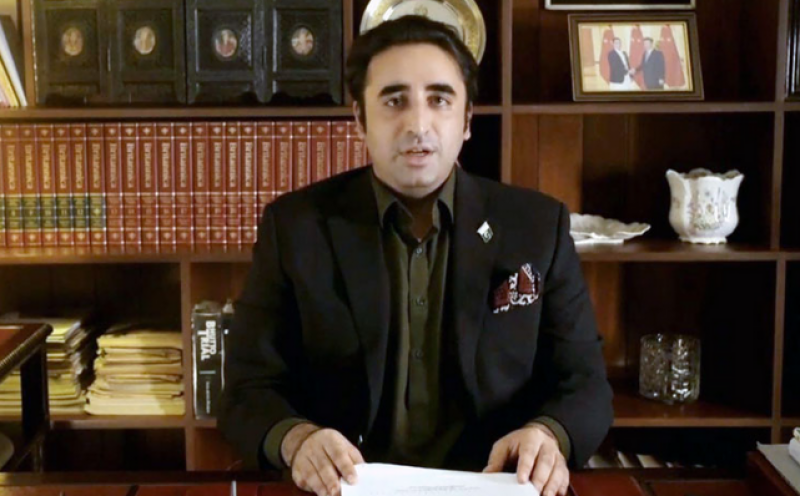 Islamabad (Web Desk): Foreign Minister (FM) Bilawal Bhutto Zardari has urged the international community to make protection and promotion of the rights of victims of terrorism a basic tenant of global efforts to promote peace and security.

In his address at the High-Level Segment of the first United Nations (UN) Global Congress of Victims of Terrorism, the foreign minister also called on the international community to develop a victim centric approach while addressing the challenges faced in conflict zones.

FM Bilawal expressed solidarity with the victims of terrorism all over the world. He paid special homage to the oppressed people of Indian Illegally Occupied Jammu and Kashmir (IIOJK) and Palestine and emphasised the need to counter state terrorism, especially in cases of foreign occupation.

Highlighting the sacrifices made by Pakistan in the fight against terrorism, the foreign minister underscored that Pakistan was one of the worst victims of terrorism with over 80,000 causalities and economic losses exceeding $150 billion.

"Pakistan condemns terrorism in all its forms and manifestations including Islamophobic, racially, ethnically motivated and state-sponsored terrorism,". FM Bilawal said.

He stressed the need to develop a consensus definition of terrorism by taking into account new and emerging threats.

FM Bilawal emphasised that terrorism could only be eradicated by addressing its root causes and urged the international community to look beyond their narrow political interests and geopolitical agenda to completely eradicate this menace.

Criticising the selective approach adopted by some countries, the foreign minister underscored that tolerance for terrorism must not be a function of countries’ foreign or domestic politics. This, he stressed, was the biggest injustice to the victims of terrorism.

The foreign minister also noted the urgent need for continuing international cooperation to fight this global problem without any prejudice or preconceived notions against any particular religion, race, civilization or country.

It is pertinent to mention that the global congress is a two-day high-level event that is being organised by the UN Office of Counter-Terrorism (UNOCT).

The objective of the Congress is to raise awareness about the rights and needs of victims of terrorism and promote dialogue on this issue. The event was also attended by a number of countries at the ministerial level.