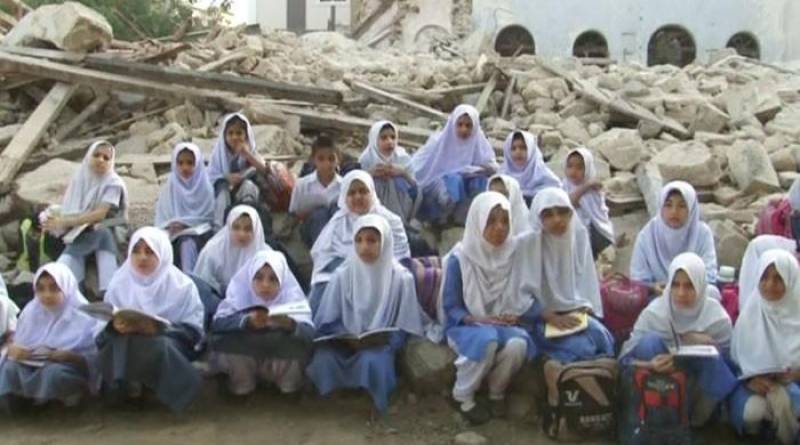 According to details, the event has drawn public outrage for the situation students are facing in the school. According to reports, the land for the building was donated for the school in 1928 by a lade named Jufelhurst who had built her 500-yard residence within the school boundary, building has also declared a heritage site by the Sindh Culture Department.

With no regard for its historical significance, the claimants of the property namely Adnan, Zeeshan and Muhammad Abid, allegedly had the house and parts of school building destroyed to the ground late Saturday night. The school administration and neighbours, upon witnessing the scene, called in police who stopped further demolition of the site and demanded that the parties show evidence supporting their right to the property.

Early Monday morning, students of grade 4 and 5, who arrived for their classes, had no place to study after part of their school building was also demolished during the demolition process. They were consequently forced to sit outside on the rubble and continue with their classes. Police have consulted the Sindh Culture Department to verify whether the house was a heritage site. Meanwhile, Chief Minister Sindh Murad Ali Shah also took notice of the matter and sought separate reports from Education and Culture secretaries.