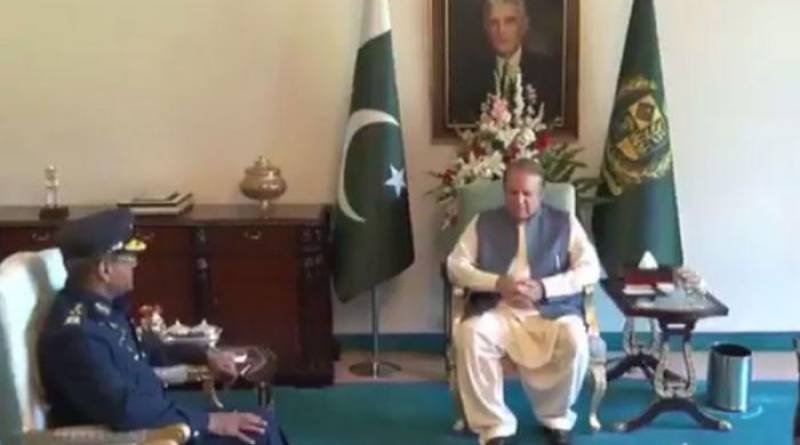 The premier said while talking to Chief of Air Staff Air Chief Marshal Sohail Aman, who called on him earlier today.

The Prime Minister said, lauding the efforts of the PAF, the country’s air force has invariably played a crucial role in the national defense.

PM Nawaz assured the Air Chief that of provision of all necessary resources for PAF’s further advancement.