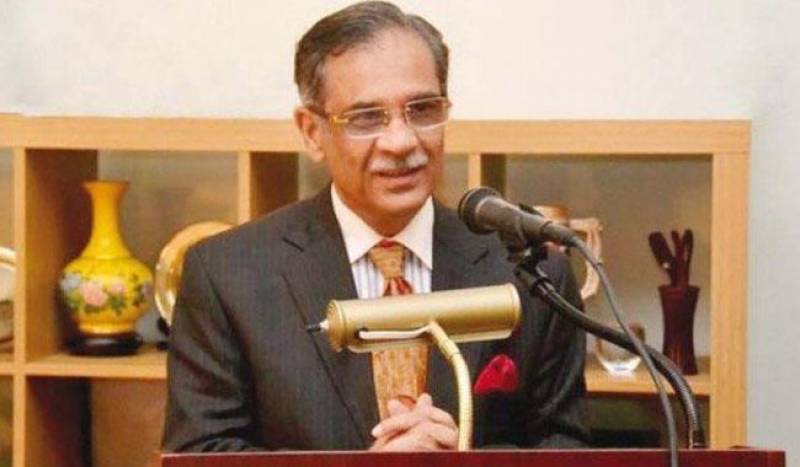 Quetta (Staff Report): Chief Justice of Pakistan Justice Saqib Nisar on Tuesday expressed his dissatisfaction over the state of health and education in the largest province of the country.

During the Tuesday’s hearing, Justice Nisar rejected the briefing of Health Secretary Saleh Nasir and grilled the top provincial official over the deplorable state of public hospitals as well as the salaries given to young doctors.

The CJP warned the secretary of halting his salary until all the doctors in province get paid. Adding to that, he lamented the Balochistan government over paying the doctors Rs 24,000 a month while a driver of the Supreme Court gets Rs 35,000 per month.

The education secretary, on his turn, informed the court that half of the schools in the province did not have the proper water supply. However, he added, a total of 11,000 toilets were constructed in the schools across the province during past three years.

The secretary further informed the court that the government had administered 1,135 primary schools but these institutes do not have all the required facilities.

However, the CJP rejected the official claim of meager resources and instructed the secretary to submit a policy report in 15 days.

On Monday, the top court ordered the last two former chief ministers of Balochistan , Dr Abdul Malik Baloch and Nawab Sanaullah Zehri, to appear before the apex court on Tuesday to explain their role in development of province during their respective tenures.

"Three chief ministers came to power during one tenure but what did they do for the welfare of people?" the CJP asked and added, "Call the chief ministers who ruled here [Balochistan] in the last four years to explain."