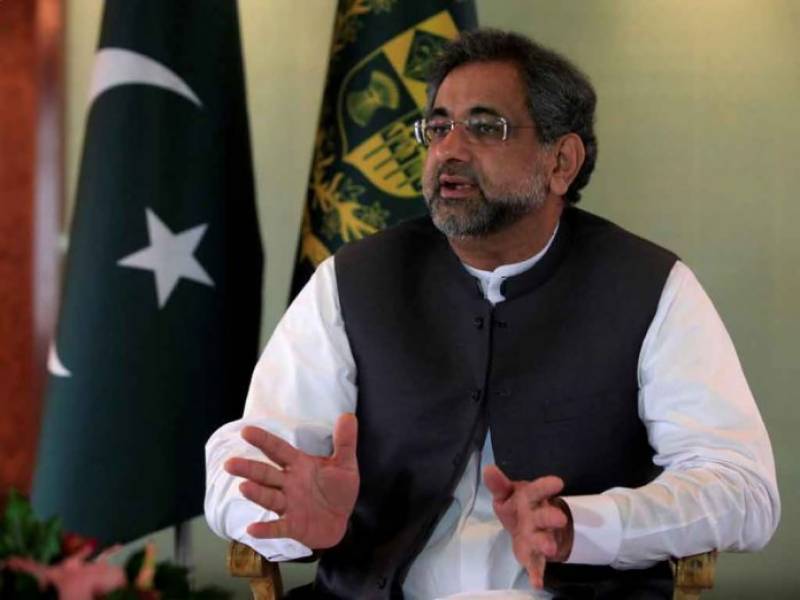 Beijing (Agencies): Prime Minister Shahid Khaqan Abbasi on Tuesday said that China-Pakistan Economic Corridor (CPEC) is the most visible part of One Belt and One Road (OBOR) Initiative and these projects with global importance will be beneficial for Pakistan.

While addressing at Boao Forum in China, the PM said Pakistan will maintain 6 per cent growth rate this year under the project of CPEC and OBOR.

Pakistan has built 1,700 miles of multi-lane motorways and set up special economic zones, adding that the Gwadar port is providing access to the sea to Central Asian countries, Abbasi said during his address.

He said that CPEC is the most visible part of OBOR Initiative and would give benefit to both countries.

PM Abbasi said, "Pakistan's adoption of yuan as the reserve currency would be very beneficial for bilateral trade. It will help yuan to become an international currency."

The premier said, "Pakistan is eager to see growth in the region and is very optimistic about One Belt and One Road Initiative, and is sure that it will benefit the region and the world," he added, "The CPEC would promote connectivity in Asian regional states."

"Pakistan does not believe in protectionism. Opening and liberalization is the way forward," he said.

Further he commended China for being champion of economic liberalization in a time when the US is talking about protectionism.

PM and top leaders from China, Philippines, Singapore, Mongolia, Austria and several other countries attended the conference in Hainan province. during his address, PM emphasized that Pakistan and China are iron brothers in every sense and they are working for mutual interest.

Known as 'Asia's Davos', the conference also hosted Chinese President Xi Jinping, who delivered a keynote speech at the forum.