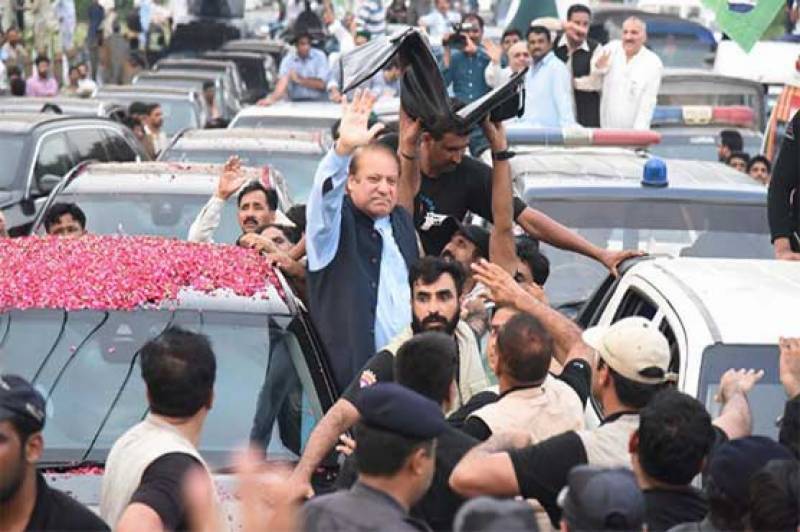 Rawalpindi (Staff Report): Former Prime Minister Nawaz Sharif along with his convoy has begun the 2nd day of his 'homecoming rally' as he departed Rawalpindi and is en route to Jhelum where Nawaz is expected to address a gathering of supporters.

Though the former premier's convoy took time to cross Katcheri Chowk, Rawalpindi, once through, it whizzed out of the garrison city, crossing Rawat and the GT Road towns that follow

Earlier on Wednesday, chairman PML-N Nawaz Sharif set out from Punjab House, Islamabad after deciding to go home to Lahore via the GT Road earlier.

According to details, the former premier is expected to set off on his journey from Rawalpindi's Kacheri Chowk, where hordes of supporters have already gathered and traffic has been suspended.

The former premier is expected to move through Jhelum, Kharian, Lala Musa and Gujrat to Gujranwala, and then move through Kamoke, Muridke, Kala Shah Kaku, Ferozwala and Shahdra to enter his hometown of Lahore.