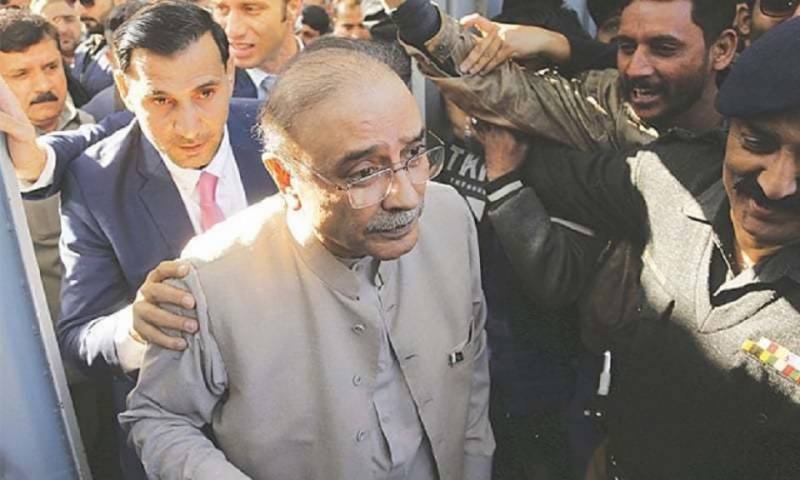 Zardari appeared before the court for today’s hearing via video link from his Bilawal House residence in Karachi.

During the hearing, Zardari maintained that his lawyer, Naek, was busy in court hence he could not be indicted today.

The accountability court judge said that Zardari's lawyer could have sent his assistant lawyer to attend today's hearing. "These are just two simple sentences in English, you can listen to them and answer," said the judge.

Zardari requested the judge to write in his order that the charges were framed against him whilst his lawyer was not present in court.

All of the accused, including the former president and Anwar Majeed, maintained innocence and pleaded not guilty before the court.