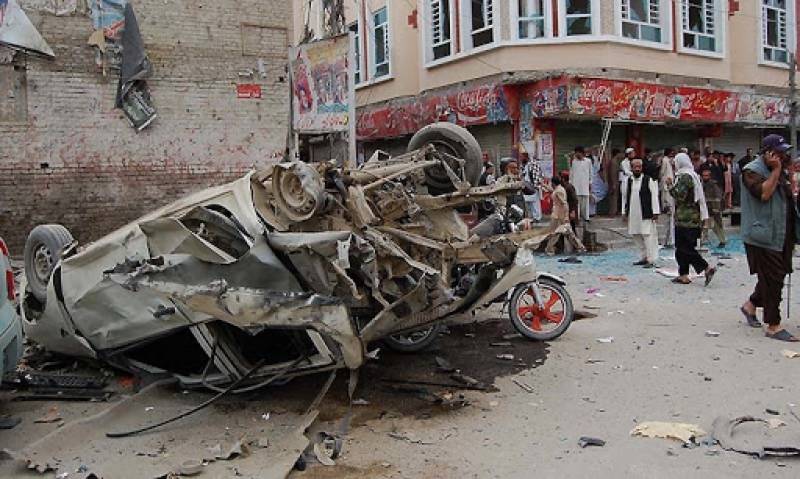 Chaman (Web Desk): At least five people were killed and 12 others were injured in a blast near an under-construction building on Chman's Mall Road on Monday.

According to police, an improvised explosive device (IED) was fitted on a motorcycle.

The explosives were detonated by a remote-controlled device, they added.

Security forces cordoned off the area whereas the injured were shifted to a nearby hospital for medical treatment.

An additional contingent of police officials arrived at the Mall Road to conduct an investigation into the blast.

As per the eyewitnesses, cars and motorcycles parked in the area were damaged due to the intensity of the blast.