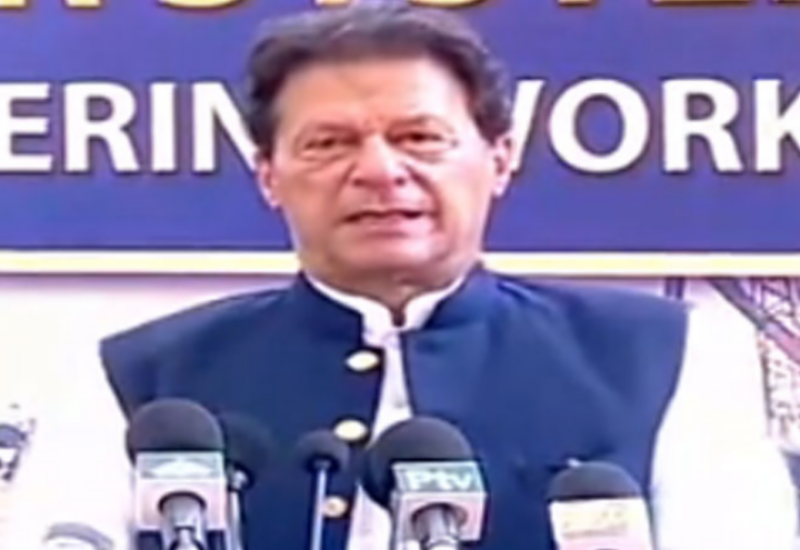 Addressing the event, the premier said that Pakistan has been progressing in adoption of modern technologies in different fields.

The prime minister said technological advancement was not pursued in the past and we failed to exploit our real potential in every field.

He said Pakistan has gradually been heading towards prosperity as the government has steered the economy to the right direction with effective and durable policies.

“These policies are leading to increasing remittances,” PM Imran said, adding that the steps are also being taken to curb money- laundering.

He said that the government has been making efforts to build the country on the principles of Riyasat-e-Madina, which teach us to stand our own foot. He said reliance on foreign support damaged the country.

The prime minister termed the installation of ship lift system as an effective use of technology to save revenue and earn foreign exchange by lending services.

He paid tribute to Pakistan Navy for the launch of ship lift and transfer system, which he said would prove fruitful in generating economic activity.

Earlier, Prime Minister Imran Khan arrived in Karachi on a day-long visit to review the projects in the city by the federal government.

The prime minister is scheduled to chair important meetings at the Sindh Governor House.

PM Imran will be briefed on the progress of different development projects launched by the federal government in the city under the Karachi Transformation Plan.

He will also be briefed on law and order, security and COVID-19 situation in the city.

PM Imran will be briefed on the Karachi Circular Railway (KCR) project by Railways Minister Azam Swati. He is likely to visit Hub Chowki.

The prime minister is expected to return to Islamabad by Tuesday night.

It is pertinent to mention that Prime Minister Imran Khan had announced a development package of Rs1,100 billion for  the city after torrential rains last year left Karachi’s main arteries and roads inundated and life came to a crippling halt in the provincial capital.

PM Imran Khan had referred to the Karachi Transformation Plan as a “historic” Rs1,100 billion development package that will cater to the city’s diverse problems ranging from water supply, to transport and solid waste management.