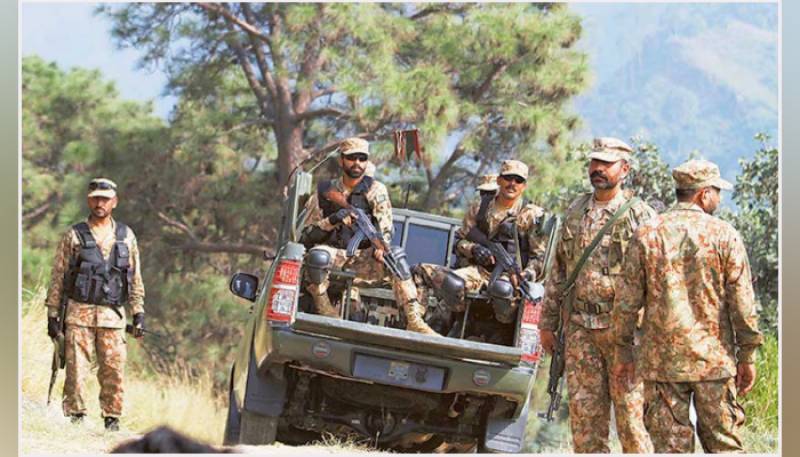 Rawalpindi (Web Desk): At least four personnel of Pakistan Army embraced martyrdom when a suicide bomber blew himself up near a military convoy in the Mir Ali area of North Waziristan district, the Inter-Services Public Relations (ISPR) said.

“The Pakistan Army is determined to eliminate the scourge of terrorism from the country,” Pak Army’s media wing said in a statement and added that the sacrifices of the brave soldiers will not go in vain.

The security agencies are investigating to find out about the suicide bomber and his facilitators, said the ISPR.