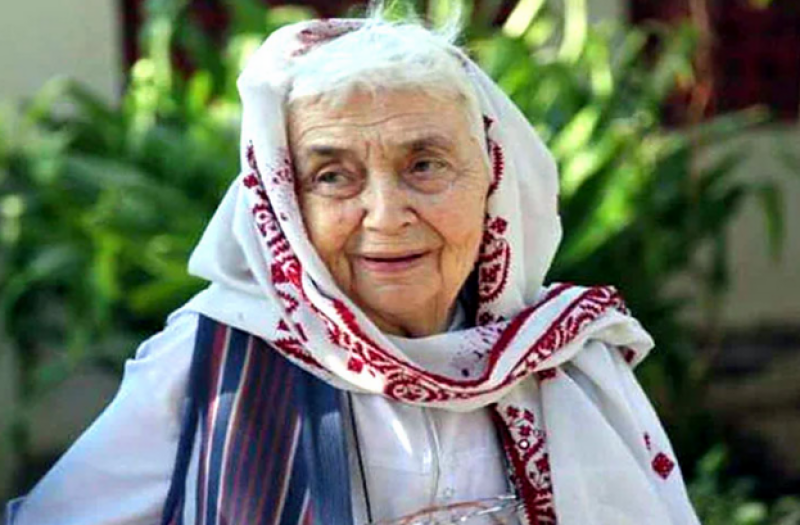 Karachi (Staff Report/ Agencies): Pakistan is observing the fifth death anniversary of Dr Ruth Pfau, a German doctor and nun, who dedicated her life to eradicating leprosy in the country.

Dr Pfau, who was hailed as the Mother Teresa of Pakistan, passed away on August 10, 2017 at a hospital in Karachi at the age of 87.

A symbol of selfness Dr. Ruth Katharina Martha Pfau was a German nun who dedicated her life to eradicating Leprosy in Pakistan and has been called Pakistan’s ‘Mother Teresa’.

Dr. Ruth Pfau was born on 9 September 1929, in Leipzig Germany was fourth of five daughters. During World War II as a teenager she barely survived the Allied bombing which destroyed her home. She was fond of becoming a doctor and in 1948 she escaped from the Soviet Occupation Zone and followed her father to Wiesbaden in West Germany to study medicine at the University of Mainz and in Marburg.

After graduation she joined the Daughters of the Heart of Mary Society, when she was 29, she landed in Karachi. In 1960, Dr Ruth witnessed the devastation caused by Leprosy in Pakistan and decided to dedicate he rest of her life for people afflicted by Leprosy.

Dr Ruth travelled to all areas of Pakistan and noticed that there were no medical treatment and hospitals for patients suffering from Leprosy. She collected funds, and with donation from Germany and Pakistan and in 1968 she managed to convince the Government of Pakistan to start a National Leprosy Control Program in corporation with the Marie Adelaide Leprosy Center (MALC) and set up clinics all over the country.

In 1988, Dr Ruth was awarded Pakistani Citizenship. In 1989, she visited Afghanistan and worked for patients suffering from leprosy.

Due to her tireless effort and great courage Pakistan was declared Leprosy free by the World Health Organization in 1996. MALC today has 157 leprosy control centers and more than eight hundred staff.

She was also very active in helping in the relief operations in the aftermath of 2005 earthquake and the devastating floods in South-Western Pakistan in 2010.

Dr Ruth wrote four books in German about her contribution in Pakistan. In 1987 in her book ‘To Light a Candle’, and in another book she expressed her intention of never retiring.

She received various honor awards for her courage. In 1969, she received Order of Merit, Nishan-e-Quaid-i-Azam, in 1979 Hilal-e-Imtiaz, 1989 Hilal-i-Pakistan, in 2002 Ramon Magsaysay Award, in 2003 the Jinnah award, in 2004 Doctor of Science Honoris Causa Aga Khan University, Karachi, in 2005 Marion Doenhoff Prize, and in 2015 German Staufer Medal.