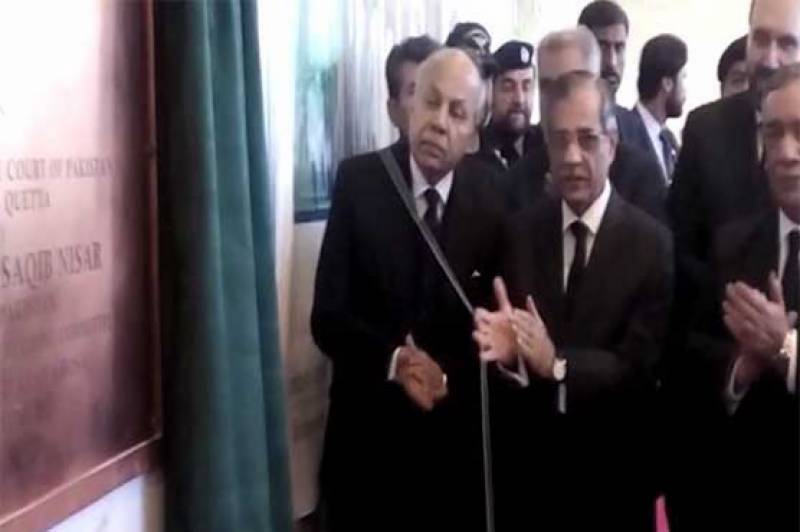 Quetta (Staff Report): Chief Justice Saqib Nisar on Monday said that the Supreme Court will remain in place even if he retires from his position.

“We will not let any injustice take place against Balochistan,” CJP Nisar said while addressing the inauguration ceremony of the newly constructed building of Supreme Court’s registry in Quetta.

However, the chief justice noted that institutions are not defined by buildings but by the people that work there. He also emphasised the importance of justice for the development of a society.

“The number of high court benches in Balochistan were increased three months ago,” the top judge said and added, “Balochistan’s representation is inevitable as far as tribunals are concerned. I inquired regarding the tribunals which are not functioning.”

Justice Nisar, while addressing a ceremony held later today by the Balochistan High Court Bar and Quetta Bar Association, said he had asked for names of judges in Balochistan who could be appointed to the Supreme Court.

He added that he had also contacted the Prime Minister's Secretariat regarding the appointment of Balochistan judges to the Islamabad High Court.

CJP Nisar congratulated those "who made an effort to complete this project".