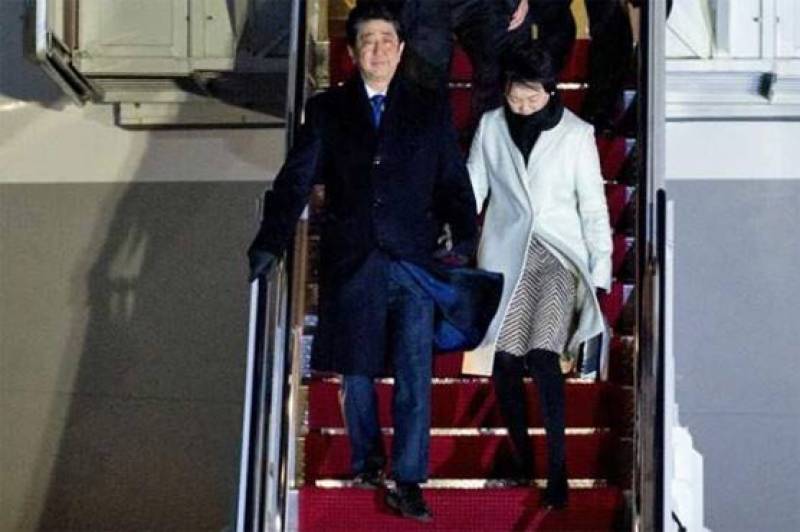 Maryland (Reuters) - Japanese Prime Minister Shinzo Abe arrived at Joint Base Andrews on Thursday evening ahead of a summit with US President Donald Trump.

A Japanese government official involved in planning the summit said that Abe is expected to propose new cabinet level US-Japan talks on trade, security and macroeconomic issues, including currencies, during their meeting  today (Friday).

Abe and Trump were scheduled to travel to Palm Beach, Florida, to stay at Trump s Mar-a-Lago retreat and play golf on Saturday after meeting in Washington.

According to the US official, any discussion on Trump’s strategy towards North Korea s nuclear programme is premature but urged Pyongyang not to take provocative actions. Any such actions would help inform Trump s strategy, the official said.