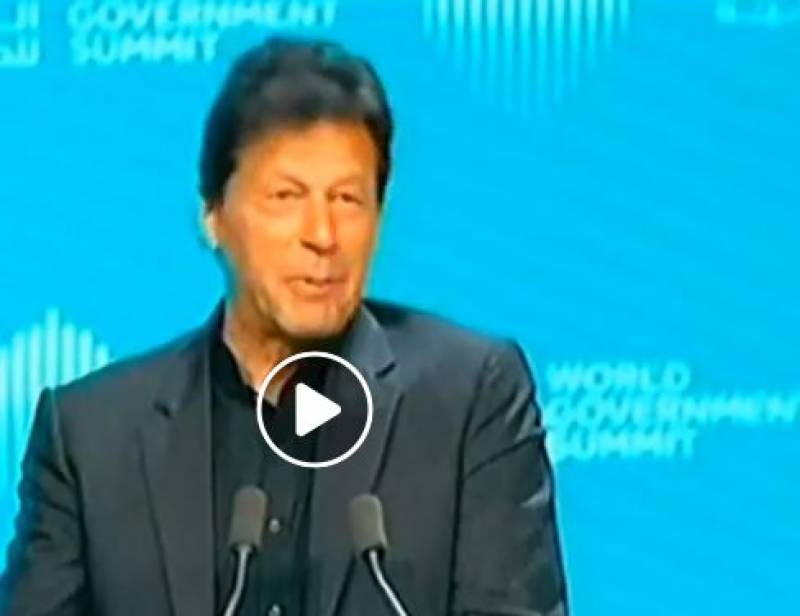 While addressing the 7th World Government Summit here on Sunday, PM Imran said that his government is striving hard to develop Pakistan on the model of the State of Madinah based on principles of justice, humanity, merit, and accountability.

The Prime Minister said that Holy Prophet [Peace Be Upon Him] had laid the foundations of the first welfare state on earth by upholding rule of law and emphasis on seeking knowledge.

Imran Khan said the State of Madina promised that non-Muslims places of worship would be protected, there would be no forcible conversions, and human rights would be respected.

He said reforms are essential to take Pakistan forward and his government is focusing on it. He said we are trying to improve our economic policies to cut down our fiscal deficit and increase exports.

He said China has brought its 700 million population out of poverty in 30 years. He said PTI government also believes in investing in human capital of the country to uplift common people.

Imran Khan said we are pursuing a reform agenda to develop Pakistan on modern lines, which include facilitating ease of doing business, changing tax laws, and encouraging investments. He said Pakistan has the greatest tourism potential and the government was focusing on that sector.

The Prime Minister also invited investors to take advantage of business friendly policies of the government by investing in various sectors of Pakistan.

Agri sector will be revamped on modern lines: PM Imran