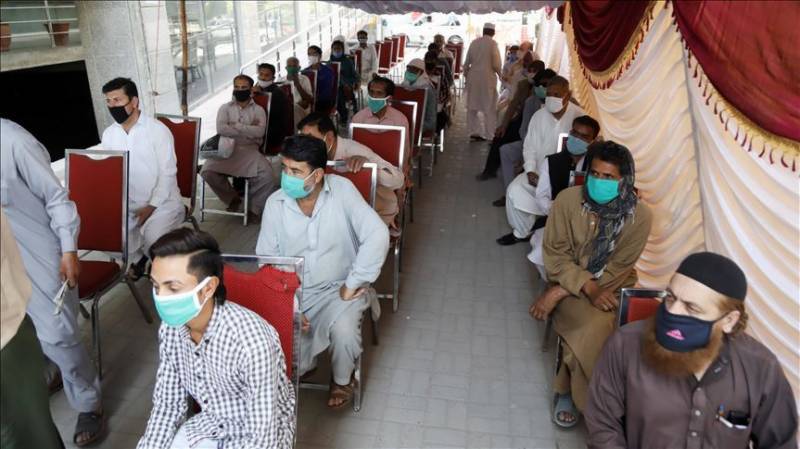 Lahore/Quetta/Karachi/Peshawar (Staff Report/Agencies): The number of confirmed COVID-19 cases in Pakistan rose to 557,591 on Wednesday after 1,072 new coronavirus cases surfaced in the country during the last 24 hours.

According to the government's COVID-19 portal, the death toll related to coronavirus has reached to 12,128 with 62 fatalities reported during the last 24 hours.

Over the last twenty four hours, total number of recovered COVID-19 patients across the country reached 514,951 after another 2,008 virus recoveries were reported.

Meanwhile, the World Health Organization (WHO) mission to China to uncover the origins of the coronavirus failed to identify the source of a pandemic which has swept across the world, but the team Tuesday ruled out the Wuhan lab-leak theory propagated by Donald Trump.

Experts believe the disease, which has killed more than 2.3 million people worldwide, originated in bats and could have been transmitted to humans via another mammal.

WHO foreign expert Peter Ben Embarek said identifying the animal pathway remains a "work in progress", adding the absence of bats in the Wuhan area dimmed the likelihood of direct transmission.

It was "most likely" to have come from an intermediary species, he said, before backing up China's position that there was no evidence of "large outbreaks in Wuhan" before December when the first official cases have been recorded.

It is pertinent to mention that the global coronavirus cases have reportedly surpassed 106.125,000 million and death toll tops 2.320,000 million.