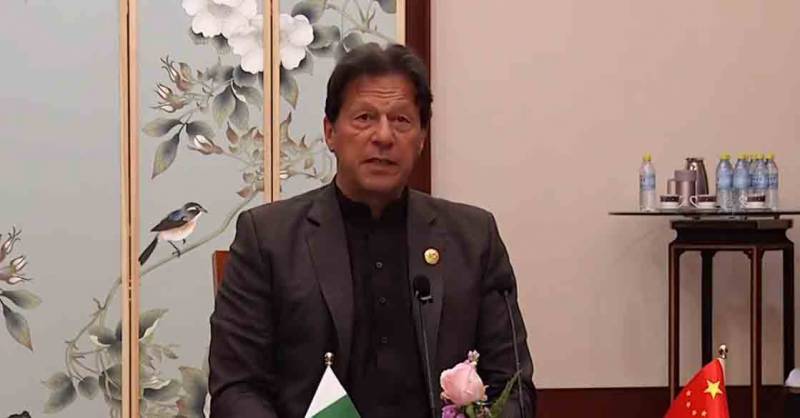 Islamabad (Web Desk): Prime Minister Imran Khan on Thursday said that the whole mission of the United States (US) in Afghanistan was “based on a false premise”.

In an interview with Director of the Advisory Committee of China Institute of Fudan University Dr Eric Li, the premier said he opposed a military solution of Afghanistan from day one as Afghans have never accepted foreign rulers.

“When you have no clear aims why you invaded a country, it is going to be a failure. Anyone who thinks of controlling the Afghan people, has not read their history,” he said.

PM Imran said the US mission in Afghanistan should have been over once they killed former Al-Qaeda leader Osama Bin Laden. “So what they were doing after that, none of the Americans knew.”

After 40 years, in an attempt to punish the Taliban government, a huge humanitarian crisis is unfolding in Afghanistan, he added.

“If Afghanistan descends into chaos because of the sanctions, as its 75% economy depends on foreign aid, this will be the biggest manmade human disaster,” he said.

Talking about the China-Pakistan Economic Corridor (CPEC), the premier lamented the Western countries raising suspicion on the project saying it made “no sense”.

“The suspicion about CPEC and Gwadar makes no sense. We invite other countries to join as well,” he said.

PM Imran said that the projects would prove beneficial not only for Pakistan and China but for the entire region.

He said his top priority was the uplift of 220 million people of Pakistan, adding that these projects in this regard would help in poverty alleviation and wealth creation.

Imran Khan said both Pakistan and China have always stood by each other in difficult times and this all-weather relationship has transformed into a people to people friendship.

To a question on balancing ties with the US and China, he said Pakistan would like to replicate the role it had played in bringing closer the two rival blocs in 70s.

On relations with India, he said normalizing ties with the neighbouring country was the priority of his government after assuming power.

However, he said that the Kashmir dispute remained a big issue between the two countries.

Khan mentioned the “terrible situation” of human rights in India where the minorities suffered immensely.

“The Indian government thinks that the country belongs to Hindus, who continue to marginalize other minorities,” he said.

“A great tragedy is happening in India and I hope that better sense prevails to avert any damage,” PM Imran said.