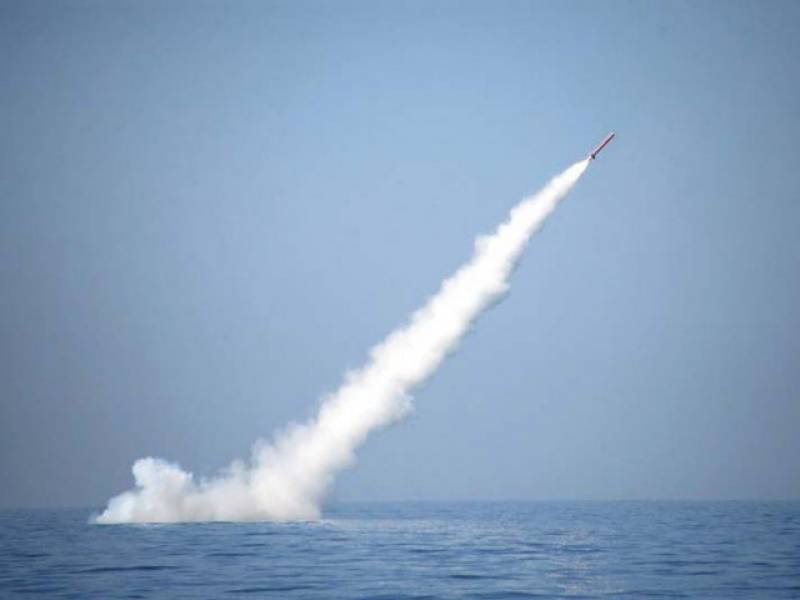 Rawalpindi (Staff Report): Pakistan has successfully conducted its first test fire of a submarine-launched cruise missile (SLCM) yesterday, which can hit a target 450 kilometres away and provides the country with a ‘credible second strike capability’.

The chief military spokesperson said, Maj Gen Asif Ghafoor, the missile, Babur-3, was launched from an undisclosed location in the Indian Ocean.

Inter Services Public Relations in a statement added, “The missile was fired from an underwater, mobile platform and hit its target with precise accuracy.”

‘Babur-3’ is a sea-based variant of the ground-launched cruise missile (GLCM) Babur-2, which was successfully tested in December last year.

The 2nd-strike capability is something that world military powers, like the United States, Russia, China, have, and it will give Pakistan an edge over India.

“Both neighboring states Pakistan and India are nuclear powers. For them, the important thing is to survive the first strike and then strike back,” vice admiral (retd) Ahmad Tasnim told media. The good thing about a sea-based mobile platform is that it is undetected.

Babur-3 SLCM, in land-attack mode, is capable of delivering various types of payloads and will provide Pakistan with a credible second strike capability, augmenting deterrence.

As the pursuit and now the successful achievement of a second strike capability by Pakistan represents a major scientific milestone, it is manifestation of the strategy of measured response to nuclear strategies and postures being adopted in Pakistan’s neighbourhood.