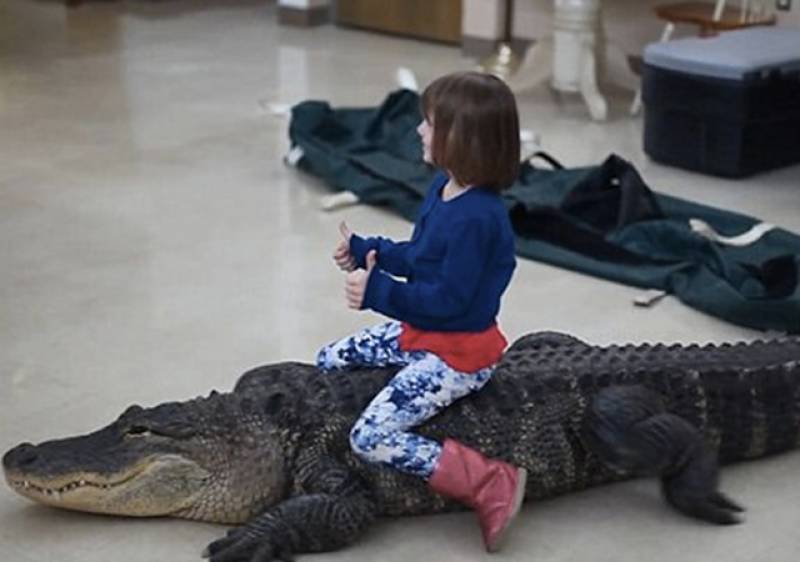 A range of terrible possibilities like death, dismemberment or animal cruelty could have resulted, but the child’s parents perhaps were too confident on the stunt safety.

‘Bubba’ is an 8ft-long 90kg alligator from the Chicago area.

The adults in the video tell her to rock back to pose for a photo.

The Chicago-based company throws children’s birthday parties with Bubba the alligator described as ‘a living dinosaur’.

According to Viral Nova, the video was shot at one of these educational events. Bubba was rescued from the Chicago area and is over 8ft long and weighs over 90kg.

The shocking video begins with the reptile pacing slowly along a mat, seemingly weighed down by the child on its back.

A trainer tells the girl of around seven-years-old to put her thumbs up so that her mother can take a photograph.