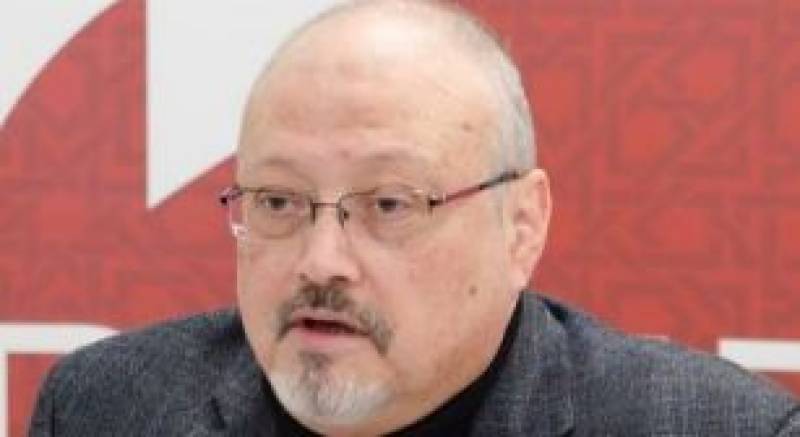 Ankara (Agencies): Amnesty International on Thursday renewed its call for an international investigation into the killing of Saudi journalist Jamal Khashoggi.

The group made the call outside the Saudi Consulate in Istanbul while marking the 100th day since his Oct. 2 killing by Saudi agents there.

About 100 metres (yards) away from the consulate, the activists symbolically put up a street sign bearing the name of the journalist who wrote critically about the crown prince.

Saudi Arabia has indicted 11 people over the killing and announced last week that it will seek the death penalty against five of them.

Turkey has called for the suspects’ extradition and has also said it may seek an international investigation.

Khashoggi, a contributor to The Washington Post, was murdered on October 2 in what Riyadh called a “rogue” operation.

The 59-year-old Saudi insider-turned-critic was strangled and his body cut into pieces by a team of 15 Saudis sent to Istanbul for the killing, according to Turkish officials.

There have been reports that his remains, which have never been found, were dissolved in acid.

The Khashoggi murder shocked the world at a time when Saudi Arabia and its de facto leader, Crown Prince Mohammed bin Salman, were pushing an aggressive public relations campaign to rebrand the ultraconservative monarchy as a modern state.

The US has sanctioned 17 Saudi citizens in connection with the Khashoggi murder. France and Canada have also sanctioned Saudi Arabian nationals.

The US Central Intelligence Agency has reportedly concluded that Prince Mohammed very likely ordered Khashoggi’s murder. A bipartisan resolution approved by the US Senate last month also holds the crown prince responsible for the killing.

But in November the Saudi attorney general ruled out any involvement by the young crown prince, whose reformist credentials abroad have been seriously tarnished by the murder.

The Khashoggi affair has also given Turkey – allied with Saudi rivals Qatar and Iran – unusual leverage in regional power plays.