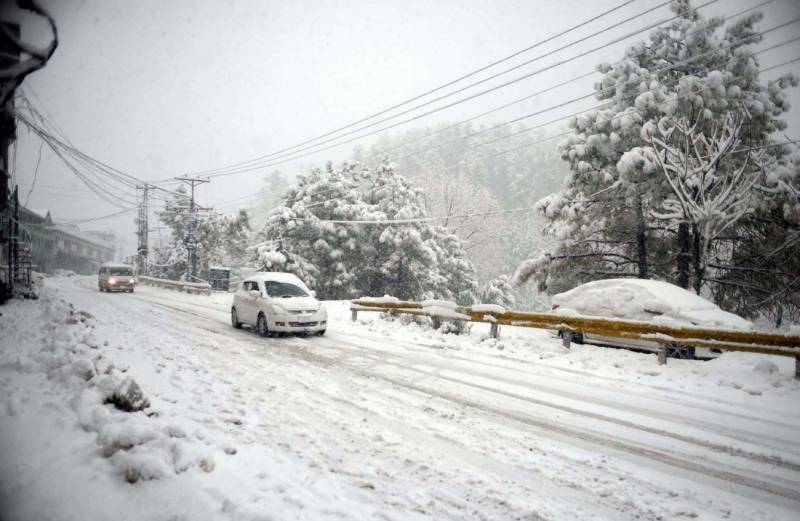 Murree (Staff Report/Agencies): Life in Murree continues to be at a standstill even three days after a deadly snowstorm wreaked havoc and killed at least 23 tourists.

Water supply and power are still suspended in the area, while mobile services are still affected, as several people remain stranded.

Meanwhile, a preliminary investigation report revealed that the roads in and around the hill station had not been repaired for the last two years that caused the snow accumulated in the crevices to harden causing the traffic jam.

On Sunday, Punjab Chief Minister Usman Buzdar also visited the affected areas. He formed a five-member committee to investigate the causes and lapses that led to the death of tourists.

The chief minister also announced that Murree would be given the status of a district and senior officers would be posted there to ensure better administrative management and prevent something like this from happening in the future.

On the other hand, all vehicles have been barred from entering Murree until Monday night while all main roads are said to be cleared of snow.

In a statement issued on Sunday, Inter-Services Public Relations (ISPR) said all main arteries of Murree have been cleared, including Kuldana-Barian Road, where most of the casualties occurred.

Relief camps and medical facilitates were operating in the area and police and army transport were helping move stranded tourists to Rawalpindi and Islamabad.

The Pakistan Telecommunication Authority has also announced free-on net calling facility for those stranded in Murree and the Galyat area without any balance.