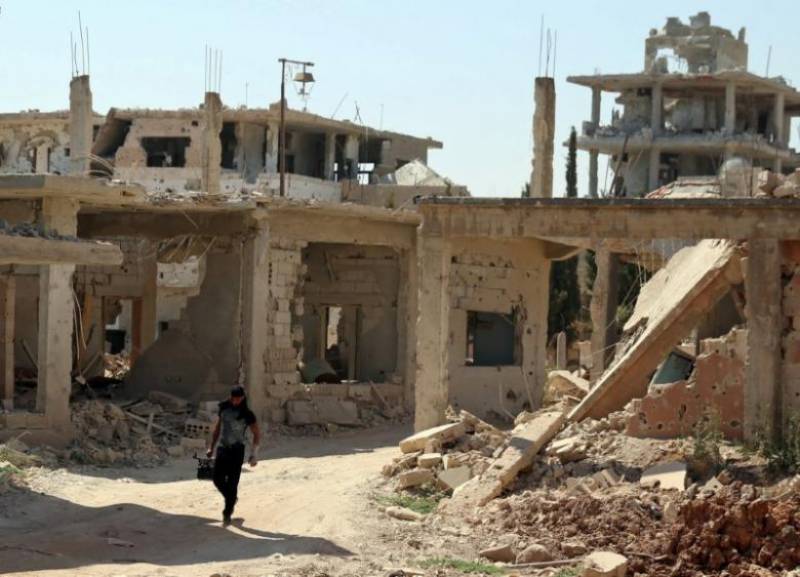 Tehran (Reuters): A partial ceasefire in southwestern Syria agreed between the United States and Russia should be expanded to all of Syria if it is to be successful, Iran's foreign ministry spokesman said on Monday.

The United States, Russia and Jordan announced a ceasefire and "de-escalation agreement" for the southwest on Friday and starting on Sunday after a meeting between US President Donald Trump and Russian President Vladimir Putin at the G20 summit in Hamburg.

"The agreement can be fruitful if it is expanded to all of Syria and includes all the area that we discussed in Astana talks for de-escalating the tension," Iranian foreign ministry spokesman Bahram Qasemi was quoted as saying by Tasnim news agency.

In Astana peace talks, Russia, Turkey and Iran tried to finalize an agreement on creating four de-escalation zones in Syria but failed to reach an agreement.

Russia and Iran are the main international backers of Syrian President Bashar al-Assad while Washington supports some of the rebel groups fighting to topple him.

"Iran is seeking Syria's sovereignty and security so a ceasefire cannot be limited to a certain location...No agreement would be successful without taking the realities on the ground into account," Qasemi added.

Previous similar ceasefires have failed to hold for long and it was not clear how much the actual combatants -- Assad's government forces and the main Syrian rebel armies in the southwest -- are committed to this latest effort.

Qasemi said Iran has been fully informed by the Russians on the ceasefire agreement but added that they see some "ambiguities in the deal mainly related to the American recent measures in Syria".