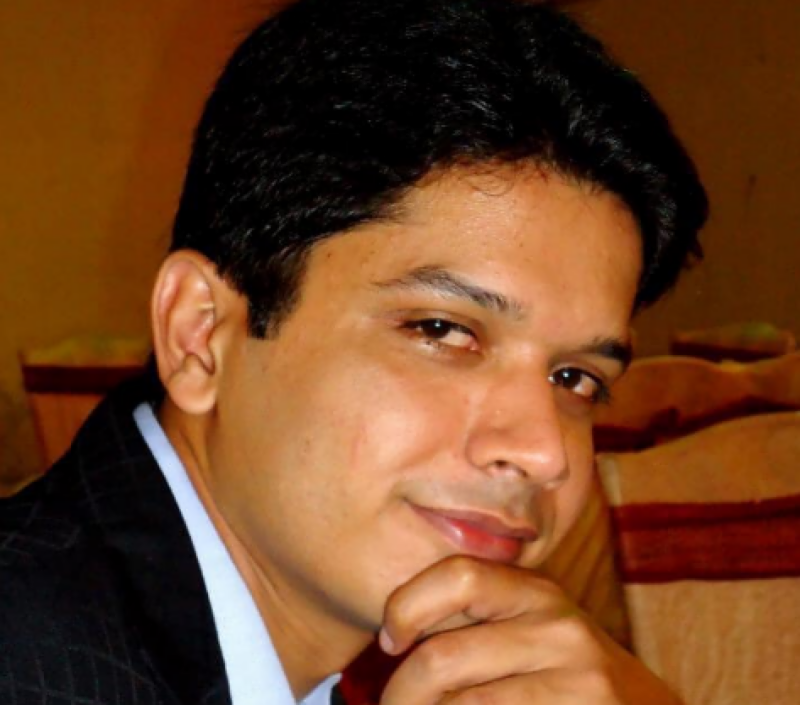 Karachi (Web Desk): A news anchorperson affiliated with a private TV channel was killed over personal dispute in Karachi on Tuesday.

According to details, anchorperson Mureed Abbas was killed along with his friend Khizar in Khyaban-e-Bukhari commercial area.

Police said that an assailant identified as Atif Zaman opened fire at the journalist from a white-colored car.

As per initial investigation, accused Zaman had to pay back a debt to the TV anchor. It is also believed that the alleged killer had threatened him of dire consequences.

Zaman had called the victim to a café in Khyaban-e-Bukhari and gunned down Abbas and his friend.

A video of the anchor’s wife Zara Abbas has gone viral on social media where she claims that the accused Zaman had called her husband at 8pm to collect Rs5 million owed to him.

“We had invested our money in his business and he [Zaman] wasn’t giving it back to us and others, he would always make excuses,” Zara said.

She said that the anchorperson sustained multiple bullet wounds on the chest and abdomen.

Sindh Inspector General of Police (IGP) Kaleem Imam took notice of the incident and directed the concerned authorities to furnish a report.

He also directed the concerned officials to conduct a forensic examination of the evidence collected from the crime scene.