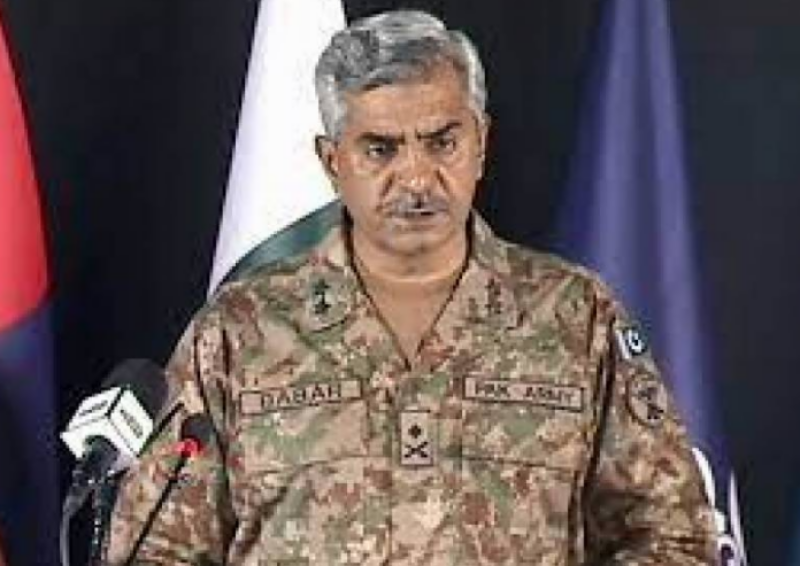 Rawalpindi (Web Desk): Director General (DG) Inter-Services Public Relations (ISPR) Major General Babar Iftikhar on Saturday said that Pakistan is only a facilitator and not a guarantor in the Afghan peace process.

In an interview to a private TV channel, the military’s media wing chief said that Pakistan made all-out efforts for Afghan peace with core vision of "Afghan-led and Afghan-owned peace process".

Responding to another query, he said that the US has withdrawn from Afghanistan and the allied forces are leaving and would completely leave by August 31 whereas the stakeholders in the region would have to decide the issue in consultation with Afghan leadership.

The DG-ISPR said that people of Afghanistan, which appears to be heading towards civil war amid advances made by Taliban, have to decide the future of the country.

Major General Iftikhar also discussed about the risks that Pakistan may face after situation deteriorates in Afghanistan. He said that the security has been beefed up at the Pak-Afghan border.

“Border management was needed as everyone knows that Daesh and the TTP are in Afghanistan and have occasionally tried to harm interests,” the ISPR chief said.

He also said that 90% of the fencing on the Pak-Afghan border has been completed.

The DG ISPR said that there is huge frustration on the Indian side after their investments in Afghanistan aimed at establishing its influence to damage Pakistan’s interests went in vain.

Iftikhar said that India's investments in Afghanistan seemed to be "sinking", adding that Indian propaganda against Pakistan and its role in the peace process was "not gaining traction".

He said that India's frustration with its investment in Afghanistan was evident. "If they had made these investments with sincerity, they would have no need to be frustrated. But because they were concentrating on using Afghanistan to harm Pakistan, they can see their entire investment sinking."

Major General Babar Iftikhar said that "spoilers" were trying to hold Pakistan responsible for the situation deteriorating in Afghanistan.

"But there is no truth is these allegations. The world is very well aware that Pakistan has made every effort to solve the Afghan issue, without violence and according to the wishes of the Afghan people."

He said India was not gaining any traction on the propaganda it was trying to perpetuate in this regard.

Responding to a question, the DG ISPR said that Pakistan will not allow its soil to be used against any country, adding that no bases were being given to the US.