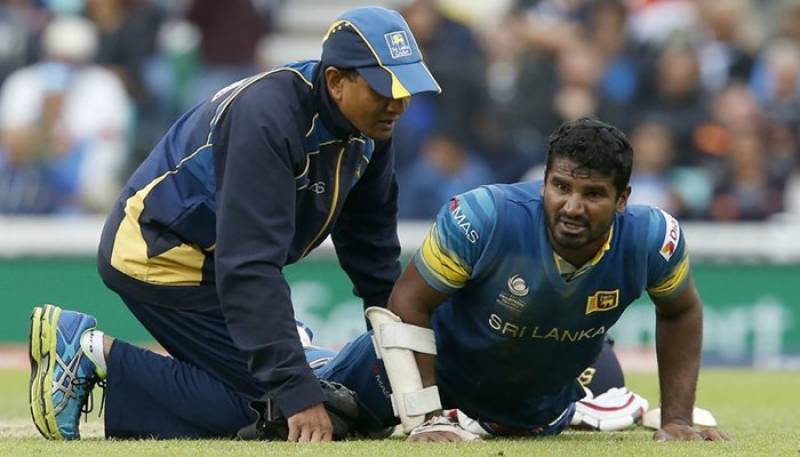 Cardiff (Staff Report): Sri Lankan middle order batsman Kusal Perera was ruled out of the remainder of the tournament due to a hamstring injury.

He is the second Sri Lanka player after Chamara Kapugedera and fourth overall after Chris Woakes of England and Pakistan’s Wahab Riaz to withdraw from the tournament.

In the meantime ICC has approved Dhananjaya de Silva as a replacement player for Kusal Perera in the Sri Lanka squad for the tournament.

Sri Lanka will face-off Pakistan in the last group match of ICC Champions Trophy on Monday and the game carries the status of a virtual quarter-final for both the teams as the winner of the match will go thru the semifinals of the eight-team tournament.