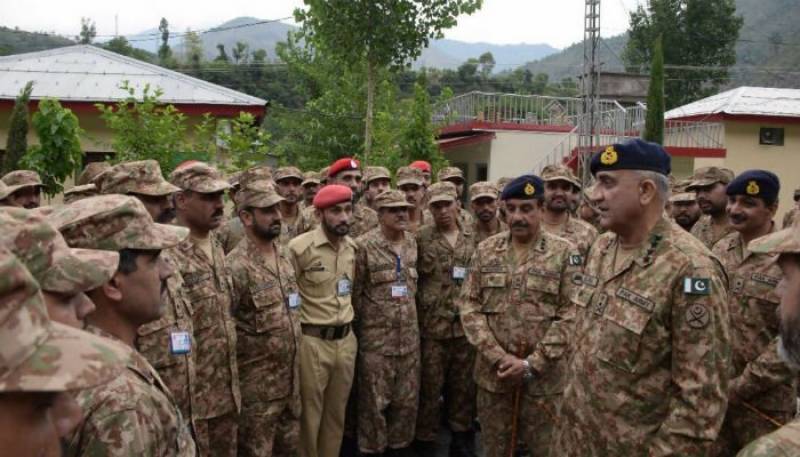 According to ISPR statement, COAS Bajwa stated during his visit along the Line of Control (LoC) in Muzaffarabad Sector.

The COAS said, “We are aware of defence and security challenges being faced by the country.”

According to the statement, “Troops unreservedly shared with COAS their feelings about Indian atrocities and CFVs targeting innocent civilians and pledged that no Indian misadventure will go without a befitting response.”

The local commander gave a detailed briefing to COAS Bajwa on the operational situation, Indian Cease Fire violations and response by Pakistani troops.

He was also briefed on the ongoing communication infrastructure development by Frontier Works Organization.

COAS said at the occasion that army shall continue to play its role in nation building projects.

COAS also hailed Kashmiris on both sides of the LOC for their determination against Indian brutalities and reiterated that Pakistan shall continue its support for the right of self-determination to our Kashmiris brothers in Indian Occupied Kashmir.