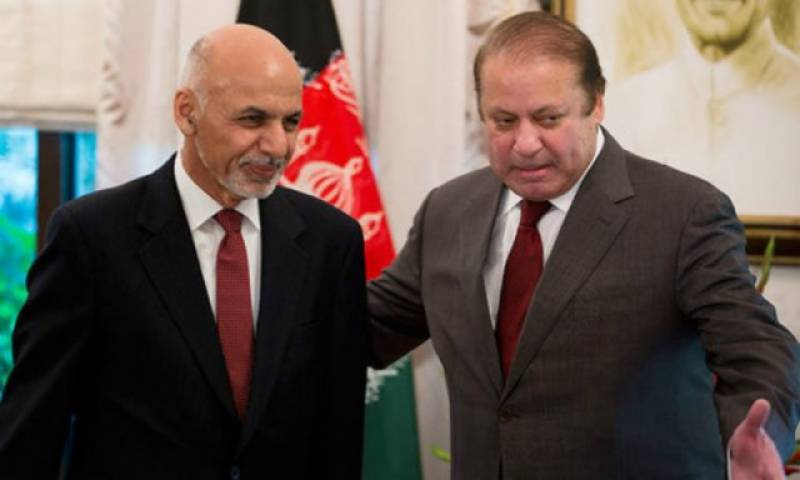 Astana, Kazakhstan (Staff Report): Pakistan and Afghanistan have agreed to use Quadrilateral Coordination Group mechanism as well as bilateral channels to undertake actions against terrorism.

Prime Minister Muhammad Nawaz Sharif and Afghan President Ashraf Ghani, discussed the matter on the sidelines of the Shanghai Cooperation Organization (SCO) Summit in Astana on Friday, said a statement released by the Foreign Office.

Prime Minister Nawaz shrif said that Pakistan committed to stability in Afghanistan. He further said that terrorism a common threat to both Afghanistan and Pakistan.

"Pakistan's efforts for peace, stability and economic progress of Afghanistan are a matter of its commitment to the brotherly people of Afghanistan, millions of who have been hosted in Pakistan for past 37 years," he remarked.

Prime Minister Sharif said Pakistan and its forces were valiantly fighting the menace of terrorism, Nawaz said that close cooperation between Pakistan and Afghanistan was very important for cleaning terrorism

In this context, he further added Pakistan for facilitating an Afghan peace process