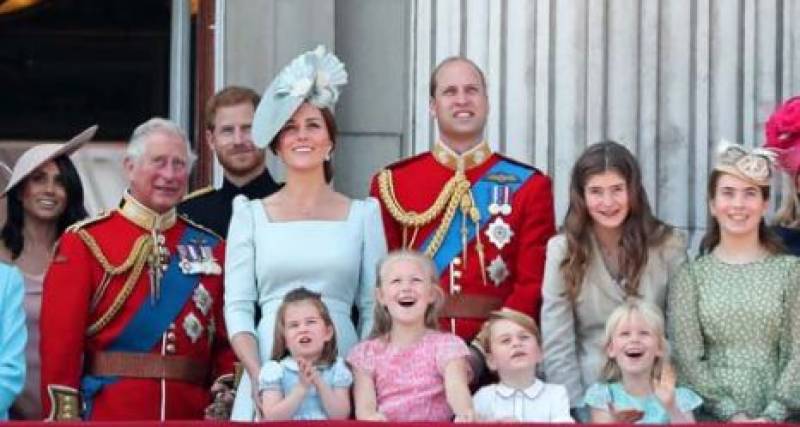 London (Agencies): Prince Harry and Meghan Markle, now known as the Duke and Duchess of Sussex, attended the annual Trooping of the Colour ceremony on Saturday, the first time the couple have attended the Queen’s birthday celebrations together.

About 1,000 soldiers marched to House Guards Parade in Whitehall, central London, as part of the ceremony, which marked Queen Elizabeth's 92nd birthday.

The event was attended by other senior royals including the Queen, Prince Charles and the Duke and Duchess of Cambridge.

Prince Philip, the Queen’s husband, did not attend the event, having retired from public life last year.

Harry and Meghan married in May at Windsor Castle, Queen Elizabeth´s home to the west of London, in a show of British royal pomp and ceremony watched by millions of television viewers across the world.

Priyanka joins Meghan Markle in urging women to keep up fight for ...