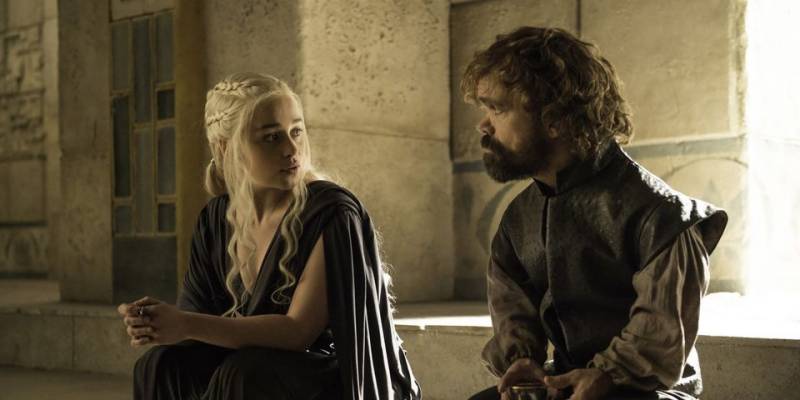 Los Angeles (Reuters): The opening date of "Game of Thrones" - HBO's medieval fantasy series, was announced with fiery fanfare on Thursday, as a block of ice was melted live online to reveal the July 16 start of the new season.

More than 100,000 people watched the hour-long Facebook Live stream of a block of ice being melted slowly by blasts of fire. It was interrupted by a few technical difficulties when the stream cut to black.

The highly anticipated seventh season of "Game of Thrones," taglined "The Great War is Here," has been moved to summer from its usual spring air date this year as filming of the show was delayed to capture scenes of winter for the show's fictional realm of Westeros. Emmy-winning "Game of Thrones," based on George R.R. Martin's "A Song of Ice and Fire" books, follows the epic fantasy of a multi-generational struggle for control of the Iron Throne seat of the Seven Kingdoms. A teaser trailer released by HBO on Thursday shows the crests of the warring families crumbling to ash, with voices of key characters heard speaking phrases from past seasons in a timeline of events that have led to the battle. At the very end, the voice of resurrected Night Watch leader Jon Snow says, "The same thing coming for all of us. There's only one war that matters. The great war. And it is here." "Game of Thrones" is the most-watched show on Time Warner Inc's premium cable network HBO, averaging around 25 million viewers for its sixth season. The saga will conclude with its eighth season next year.