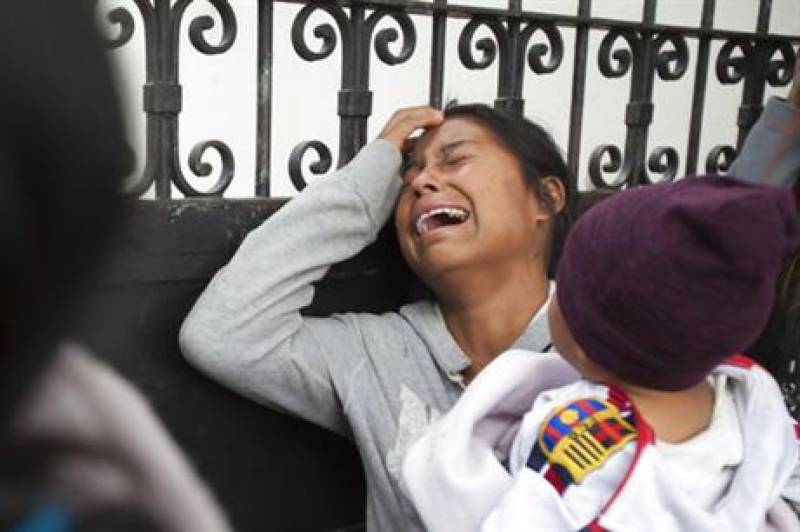 Guatemala (Reuters): On Thursday, RA fire that raged in a home for abused children in Guatemala killed at least 35 people, mostly girls, and doctors described their shock at the severity of the burns suffered by two dozen more hospitalized victims. The director of the San Juan de Dios hospital, Juan Antonio Villeda said, "I've been doing this for 29 years. What I saw yesterday was a scene from Dante". Villeda was alluding to the 14th-century poem The Inferno by Italian author Dante Alighieri that depicts punishments suffered in Hell.

The fire broke out on Wednesday in a wing of the government-run Virgen de la Asuncion home near San Jose Pinula, 25 km (15 miles) southwest of Guatemala City, as some residents allegedly set mattresses ablaze after an escape attempt the night before.

Investigators at the center for youths aged up to 18 were trying to determine whether the fire was started by a group that authorities had isolated after the escape bid.

Guatemala has Latin America's worst rates of child malnutrition and street gangs like the Mara Salvatrucha prey on minors, making it an often dangerous place to grow up. The Central American nation's public institutions are underfunded, racked by corruption and widespread overcrowding. Criticism is mounting about conditions in the home, which housed boys as well as girls, and Guatemala's President Jimmy Morales said the country needed to put a stop to such tragedies.

"It's obvious that our system must be thoroughly and decisively reformed," Morales told a news conference.

The Virgen de la Asuncion home has been closed for now and the young people there rehoused elsewhere, the president said.

Morales' spokesman Heinz Heimann said victims of abuse were mixed in with juvenile offenders in what he criticized as open living arrangements. Parents alleged abuse at the center, including rape, and said gangs operated there.

More than 500 minors were living in the facility, located in a wooded area outside San Jose Pinula, although Guatemalan media said its capacity was 400.

Doctors announced eight deaths overnight of residents of the home who had been treated for injuries at hospitals in Guatemala City, and said some 15 more were in critical condition.

"In my 13-year career, I have never seen injuries like this. It is tragic," said Carlos Soto, director of the Roosevelt Hospital, describing severe burns to their lungs, throats and skin.