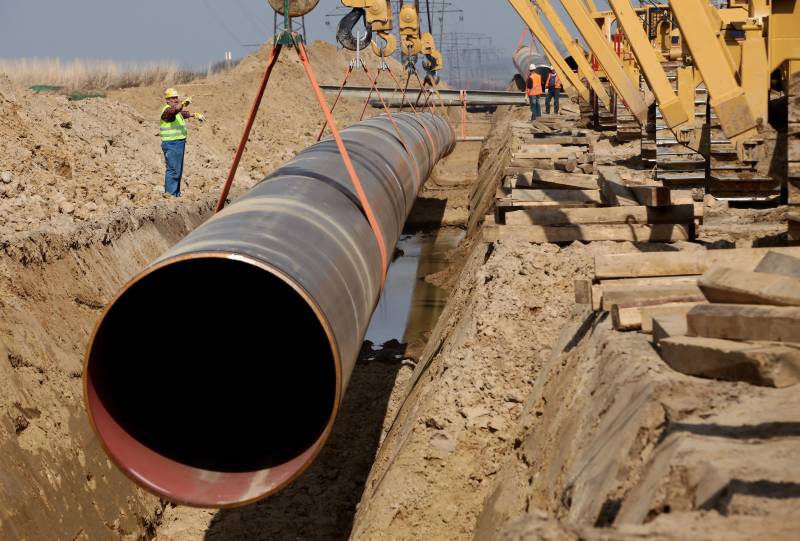 Islamabad (Web Desk): Kuwait has agreed to invest millions of dollars in Pakistan to facilitate construction of a white oil pipeline from south to north for transporting petroleum products from the port city of Karachi to major consumer Punjab.

An official aware of the development said, “During a recent visit to Kuwait, Pakistani officials invited the Gulf oil producer to set up an oil refinery in Balochistan and lay a white oil pipeline; its response was very positive and a high-level Kuwaiti delegation will arrive in Pakistan to discuss the two projects”.

Since a long time, Pakistan has been importing a large proportion of oil from Kuwait. Currently, Pak-Arab Pipeline Company Limited (Papco) is runing a white oil pipeline that takes diesel to central regions of Pakistan, account for almost 60% of total petroleum consumption in the country.

Tank lorries is another source of oil transportation from Karachi to the upcountry, but it is overwhelmed with incidents of theft. Every year, approximately $200 million worth of oil is stolen in connivance with lorry drivers.

The official said, “The second white oil pipeline will not only protect environment, but it will also be a safe source of fuel supply”.

To meet Pakistan’s energy requirements the Arab nation again underlined the importance of establishing the refinery during recent engagements along with already under construction oil refinery in Balochistan with the collaboration of Pakistan and Kuwait.

Pak – Kuwait Petroleum Corporation for the refinery project in the coastal area of Balochistan – a welcome investment initiative - will develop province, which will reduce the need for import of refined petroleum products.

The Economic Coordination Committee (ECC) of the cabinet has also permitted import of furnace oil and jet fuel from Kuwait without resorting to competitive bidding. At present, PSO imports diesel from the Gulf Arab state on a 90-days credit facility.

Before the year 2000, Pakistan purchased diesel from Kuwait under a long-term contract with its government. However, in the wake of market deregulation, Pakistan in 2001-02 asked PSO to enter into a fuel supply contract with Kuwait Petroleum.