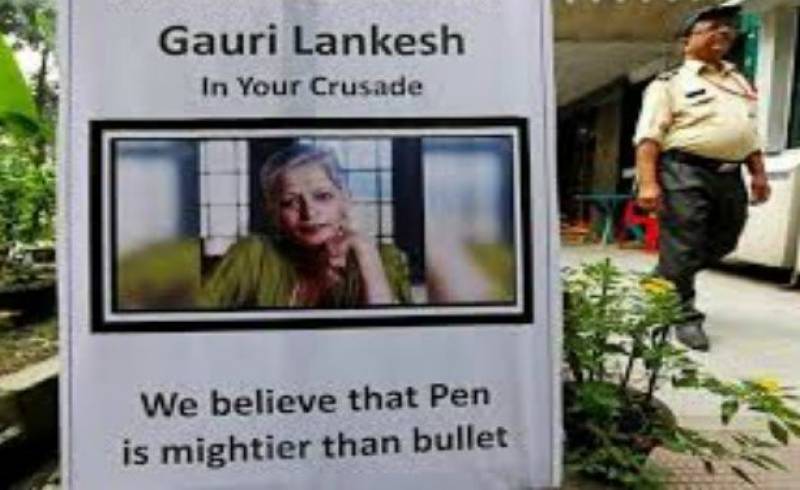 New Delhi (Web Desk): Indian police have arrested a member of a Hindu extremist group for his alleged involvement in the murder of a left-wing journalist, Gauri Lankesh.

A senior police officer speaking on anonymity told international media that K.T. Naveen Kumar is a member of the Sanatan Sanstha, a group that gained prominence after Indian Prime Minister Narendra Modi’s  Bharatiya Janata Party came into power in 2014.

The police officer said Kumar has been apprehended on Friday on suspicion of providing weapons used to kill Lankesh. Police said, however, that Kumar was not the prime accused in the case, adding that more arrests are expected in coming days.

Lankesh, the editor and publisher of a weekly newspaper and advocate of secular views, was shot in the head and chest outside her house in Bengaluru in September 2017. The attack was carried out by unknown gunmen who arrived by motorcycle.

She was the most high-profile journalist murdered in years and her killing sparked protests across India, demanding immediate arrest of the assailants.

The Sanatan Sanstha was, earlier, accused of the murder by a renowned atheist.