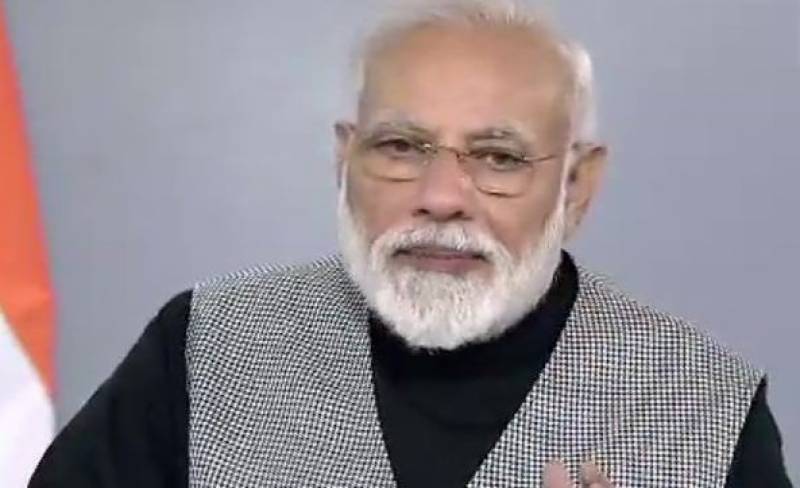 Mumbai (Web Desk): Maharashtra Navnirman Sena (MNS) chief Raj Thackeray has warned that Indian Prime Minister Narendra Modi could organise another "Pulwama-like attack would come within a couple of months" at the height of the upcoming Lok Sabha elections.

"Mark my words — another Pulwama-type strike will be organised in the next two months, during the Lok Sabha elections, to divert peoples' attention from all problems to patriotism," he said, addressing party workers.

Criticising the Bharatiya Janata Party chief Amit Shah's statement on the number of casualties in the Balakot airstrike, Thackeray questioned whether Shah was one of the "co-pilots" who participated in it.

Dismissing the Indian government’s claim that a large camp of terrorists was destroyed in the air raids, Thackeray said had that been the case, Indian Wing Commander Abhinandan Varthaman would not have been allowed to return home from captivity by Pakistan.

"There is a limit to speaking lies. Lies are being spoken to win elections. In a bid to win upcoming elections, there will be another Pulwama like attack within the next one or two months," he said.

Earlier, Digvijaya Singh, a senior leader of the Indian National Congress, has said that he has not seen a bigger liar than Modi.

Over 40 Indian soldiers were killed on February 14 in Pulwama, when a suicide bomber rammed his explosives-laden vehicle into a bus in the paramilitary force's convoy.