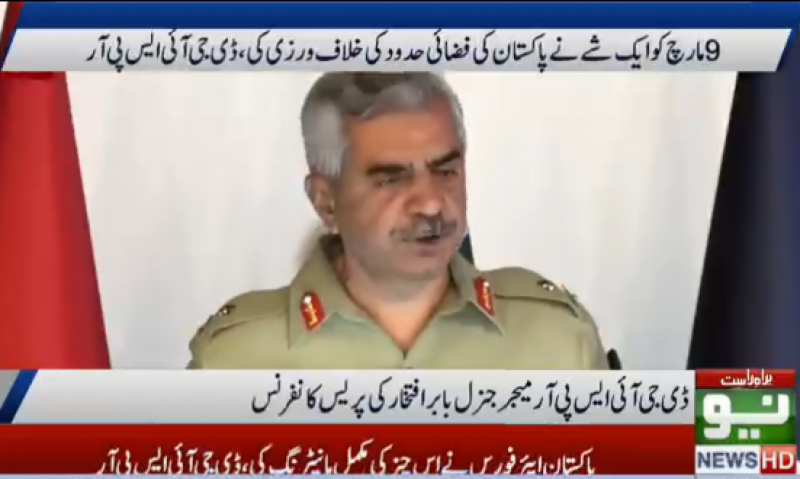 Addressing a press conference in Rawalpindi, the DG ISPR said that Pakistan strongly condemned the incident and asked India for an explanation.

He said that the projectile travelled at the speed of 124kms as it entered from Pakistan from India.

"We detected the object on time and took necessary action as per the standard operating procedures (SOPs)," Major Gen Iftikhar said, adding that no casualties took place because of the incident.

"Some material damage was caused to a building when the object fell and a crater was formed as result," he added.

Answering a question, the DG ISPR said that the armed forces were absolutely monitoring the flight path of this object."

Major Gen Iftikhar confirmed that there was "no sensitive installation in the area where the object was shot down."

Responding to a question regarding current political turmoil in the country, the DG ISPR reiterated the earlier stance that the army has nothing to do with the politics in the country.

"It is better for all of us to avoid unnecessary speculation on this matter," He said.