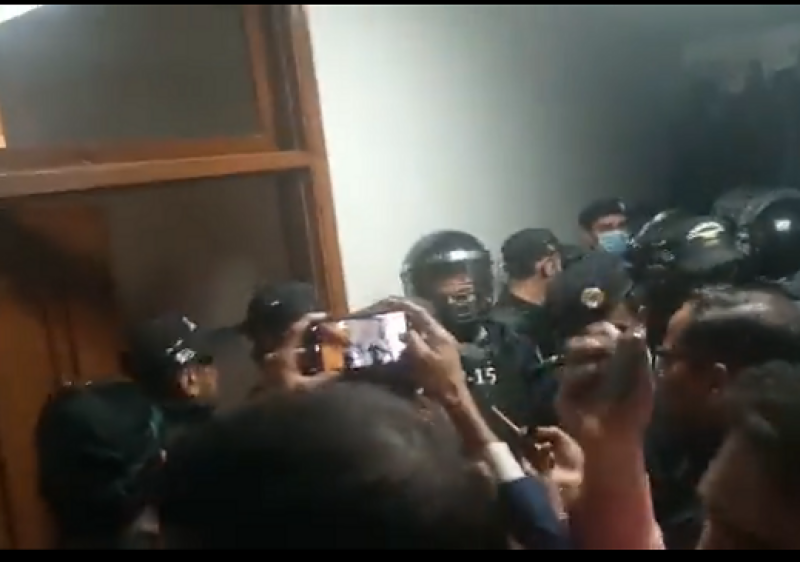 Islamabad (Web Desk): Islamabad police on Thursday decided to conduct an operation inside the Parliament Lodges on the command of the director-general of police (operations).

According to details, the police operation started after members of Ansarul Islam, a uniformed volunteer force of the Jamiat Ulema-i-Islam (JUI-F), entered the Parliament Lodges in large numbers.

Shortly afterwards, Ayubi’s staff and police personnel started a clash. Several parliamentarians of the PPP and PML-N were also present in the lodges at the time of the lodge.

During a scuffle between police and Ayubi’s staff at Parliament lodges, PML-N leader Khawaja Saad Rafique was injured when his foot hit the door.

He said during this, police had entered the lodge and had surrounded it.

Saad Rafique said that when they contacted the police, they were informed that the police has warrants against some people.

"We tried to convince them that they could not enter the lodges but the police personnel remained adamant.”