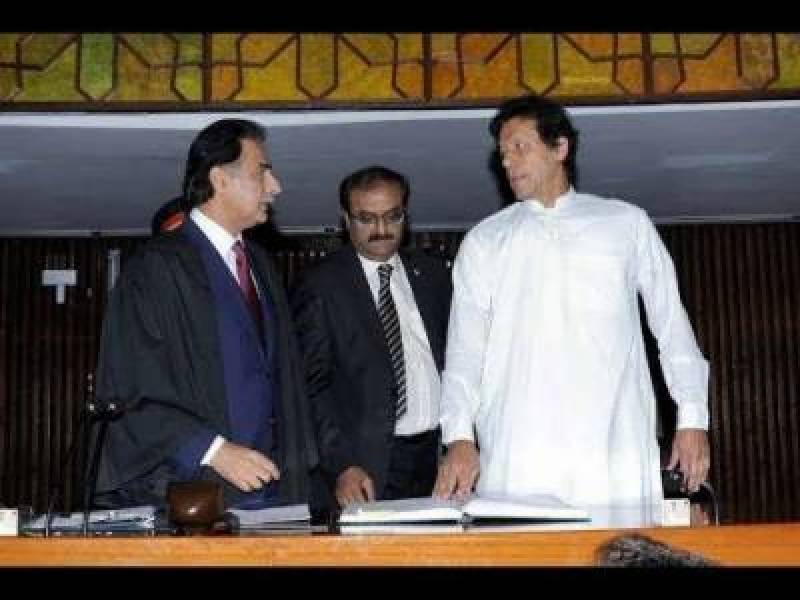 Ayaz Sadiq had defeated Imran Khan in the 2013 general elections from NA-122 after which the PTI chief had challenged the results.

On August 15, Punjab election commission's tribunal had ordered re-polling in NA-122, declaring the 2013 election in the constituency null and void. However, in the re-election on the seat two month later, Sadiq won again, this time defeating PTI's Aleem Khan.

Following his de-seating, Sadiq had challenged the decision in the apex court and also contested for the by-elections in the NA-122 constituency, where he defeated PTI's Aleem Khan and later was re-elected as the NA speaker.

During the hearing today, the SC bench headed by Chief Justice Umar Ata Bandial noted that the case was related to the 2013 elections, adding that the term of those polls had already ended.

To this, Ayaz Sadiq's lawyer said his client was fined unjustly.

The PML-N leader, appearing in person before the apex court, said that political matters can never be closed and said that even when he was the NA speaker, people still accused him of being involved in rigging elections and lying.

At this, the CJP asked Ayaz Sadiq how many elections did he win after being de-seated in 2015. The former speaker responded that he had won all elections since then.

But he insisted that winning elections was not the matter, the perception created about him in his constituency was what forced him to approach the apex court.

Sadiq further said he was wrongly accused of rigging the election to secure his victory.

After hearing the arguments, the apex court issued notices to the Election Commission of Pakistan (ECP), Nadra and Prime Minister and sought their responses.

Chief Justice Bandial said that the bench would come to a decision after hearing the premier’s position and that the case would be fixed for a hearing soon.