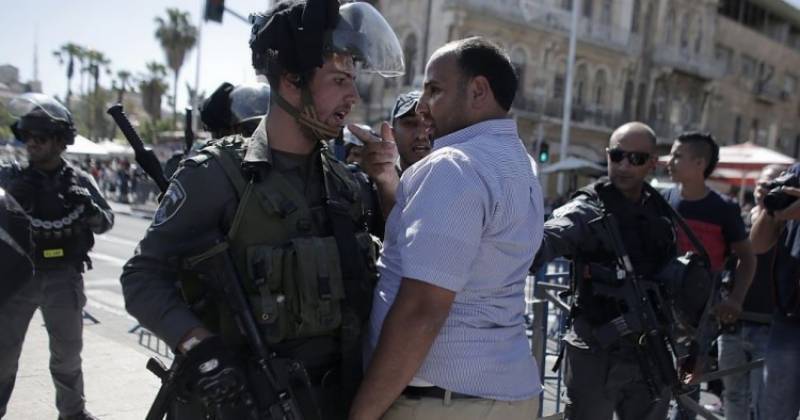 “There are hundreds of people injured from the attacks” and about 50 of them were hospitalised, the Red Crescent said in a brief statement to journalists.

Tensions in the city were particularly high as Israel was marking “Jerusalem Day”, its annual celebration of the capture of East Jerusalem, and the walled Old City that is home to Muslim, Jewish and Christian holy places, in a 1967 war.

Al Aqsa, Islam’s third holiest site, has been a focal point of violence in Jerusalem at the height of the month of Ramazan.

On Friday night, more than 200 people were hurt in clashes between police and Palestinians on the esplanade where tens of thousands of worshippers had flocked for the last Friday prayers of Ramadan.

On Saturday, clashes in a number of east Jerusalem neighbourhoods left more than 100 people injured, said the Palestinian Red Crescent.

The four members of the Middle East Quartet -- the US, Russia, the European Union and the United Nations -- expressed "deep concern" on Saturday over the violence in Jerusalem.