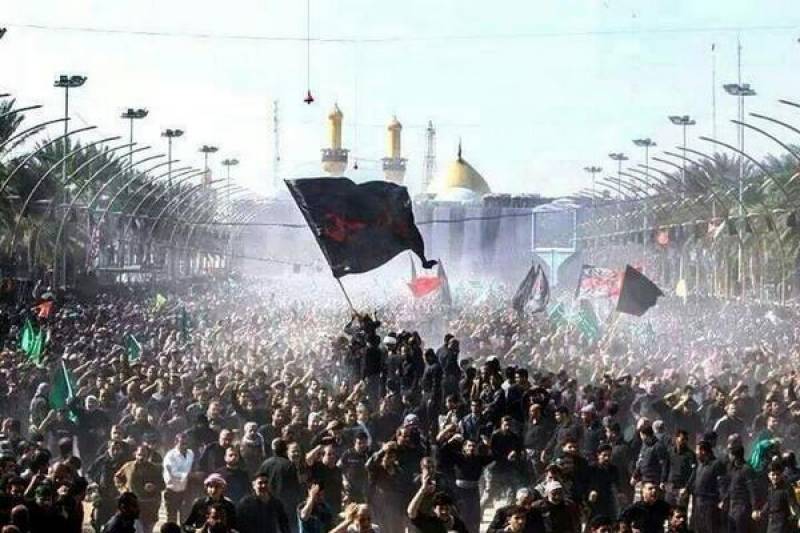 Islamabad (Staff Report): The nation is observing Chehlum of Nawasa-e-Rasool Hazrat Imam Hussain (R.A) and his 72 diehard companions throughout the country today with religious solemnity and respect.

Alam, Zuljinah and Tazia processions will be taken out and Majalis will be held in all big or small cities and towns of the country to pay homage to the great sacrifice rendered by Hazrat Imam Hussain and his companions in Karbala.

The authorities have arranged for strict security arrangements are in place in the major cities and towns of the country to ensure the religious processions are held peacefully.

Mobile services will be suspended in Lahore, Karachi, Rawalpindi and Peshawar, among other cities, during the course of the processions.

In Karachi, the main procession will start from Nishtar Park at 1pm and culminate at Hussainia Irania Imambargah in Kharadar.

Link roads leading to MA Jinnah Road have been sealed with containers, while snipers have deployed on rooftops along the procession's routes.

Closed-circuit television (CCTV) cameras have also been installed to closely monitor activities on the procession routes with a dedicated 'Command and Control Centre'.

A day earlier, the Sindh government had imposed a two-day ban on pillion riding across the province from November 9 to 10.

Aerial surveillance of processions will also be conducted.

In Rawalpindi, the procession will end at Imambargah Qadeemi.

In Peshawar, 3,500 police personnel have been deployed to secure the route of the processions.