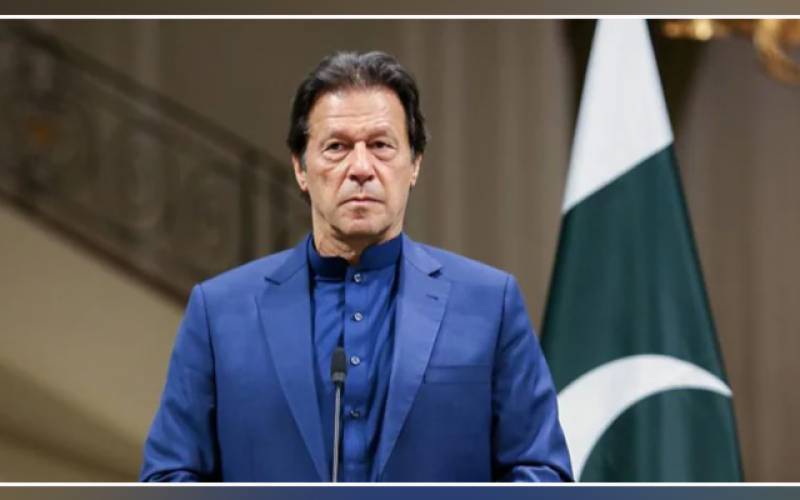 A three-judge bench, headed by Chief Justice of Pakistan (CJP) Gulzar Ahmed, and comprising Justice Qazi Mohammad Amin Ahmed and Justice Ijazul Ahsan, summoned the prime minister in connection with the case around 10am. He arrived at the court roughly two hours later, just before noon.

During the hearing, the court asked the premier about the steps taken in connection with the APS attack.

The PM told that at the time of attack, Pakistan Tehreek-e-Insaf (PTI) was ruling Khyber Pakhtunkhwa (KP) and we held an emergency meeting to discuss this sad incident.

He said National Action Plan (NAP) was devised after the mishap, adding that he had warned the authorities to not interfere in United States war during Pervez Musharraf’s tenure. No one is above the law, he clarified.

You order, we will take action, the premier guaranteed the CJP.

PM Khan, while speaking from the rostrum, said ‘there are no holy cows in Pakistan, and assured that he believes in rule of law. He further said ‘give us the order, and we will take action'.

The prime minister assured that the government will fulfil the requirements of justice. The apex court, in turn, directed the prime minister to ensure implementation on its October 20 verdict.

Meanwhile, the top court adjourned the hearing for four weeks, directing the government to submit a progress report within that time.

In a plea to the SC, the parents of the children had demanded registration of the case against the top leadership of the country at the time and requested a transparent inquiry into the incident.

On December 16, 2014, Tehreek-e-Taliban Pakistan (TTP) militants stormed the Army Public School in Peshawar and gunned down over 140 people, mostly schoolchildren.

Later talking to the media, Minister for Information and Broadcasting Fawad Chaudhry said Prime Minister Imran Khan has practically demonstrated that the PTI believes in supremacy of the constitution and the rule of law.

He said that the SC summoned the premier during hearing of the case, and the prime minister, setting aside all his official engagements, appeared before the court.

The minister said terrorism has been eliminated from the country as a result of the decisions taken by the leadership and the sacrifices of the civilians and military personnel.

Speaking on the occasion, Interior Minister Sheikh Rashid Ahmed said that all the elements involved in the case will be exposed in the report to be submitted to the court.