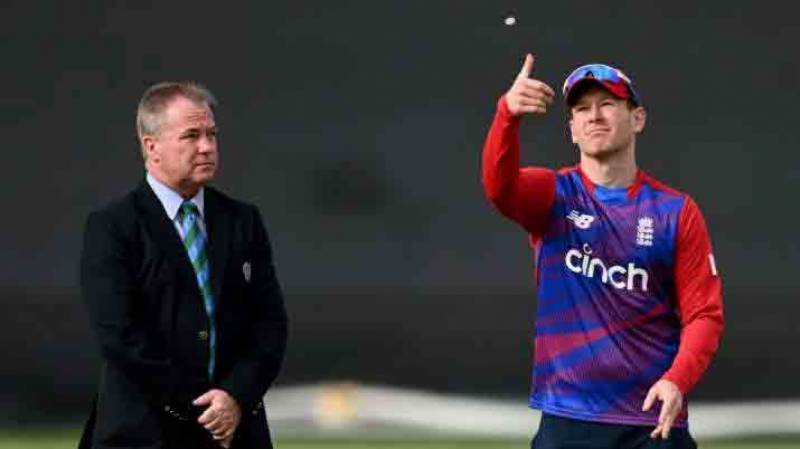 Abu Dhabi (Web Desk): New Zealand won the toss and decided to bowl first against England in the first semi-final of T20 World Cup at the Sheikh Zayed Stadium in Abu Dhabi on Wednesday.

England, the world’s top-ranked T20I side, dominated the first few games of the Super 12 and Jos Buttler smashed the first century of the World Cup.

However, they were hit by injuries to Tymal Mills and Jason Roy in their last two games, which could cause difficulties for them in the semi-final.

The opening batsman Roy’s form and aggressive approach has been a cornerstone of the team’s strategy in white-ball cricket over recent years.

On the other hand, Kiwis bounced back after a loss to Pakistan to win four games in a row. They have been consistent throughout the Super 12, turning the pressure on their opponents as needed. Their bowlers, led by Trent Boult and Tim Southee have been excellent, while Martin Guptill played one of the knocks of the tournament so far.