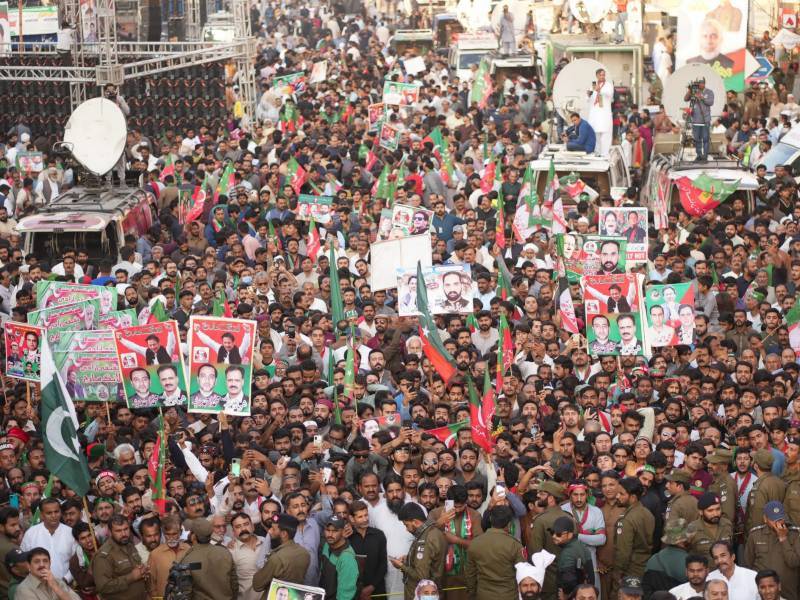 A large number of the party supporters gathered at the site where former premier Imran Khan was injured in a gun attack on November 3.

Addressing the gathering Shah Mahmood said , said that despite an assassination attempt, PTI didn’t bow or give up on its struggle for freedom.

He said that party chairman Imran Khan would soon join his supporters in the long march to Islamabad.

Speaking on the occasion, PTI's Secretary General Asad Umar said that no one could scare Imran Khan or his followers.

“Exactly a week from today, an attempt was made to take Imran Khan’s life […] but let me tell you today, it was not an attempt to take one man’s life, it was an attempt to silence the nation’s voice.”

He said that the march will be at its starting point at 3pm and will begin from the same place where their chairman was attacked.

On November 7, PTI Vice Chairman Shah Mahmood Qureshi had announced that the party will resume its long march from Wazirabad on Thursday (November 10).

This was the third time that the PTI has changed the date of the long march.