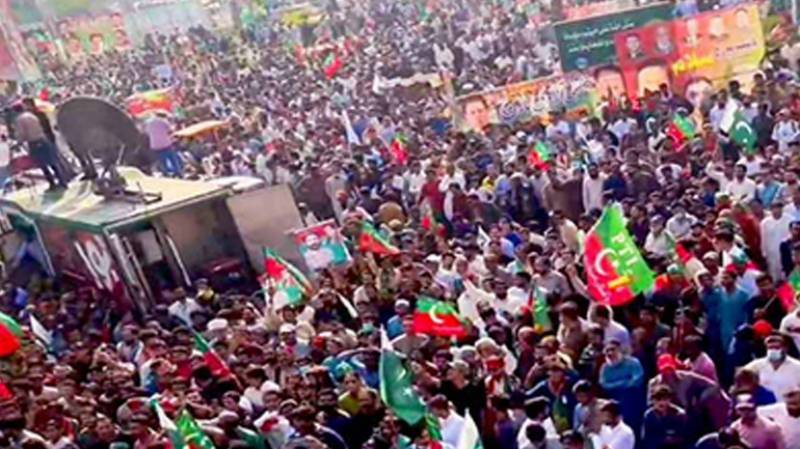 Lahore (Web Desk): The Pakistan Tehreek-e-Insaf (PTI) will resume its long march to Islamabad today (Thursday), from the place in Wazirabad where it halted after a gun attack on party chief and former premier Imran Khan on November 3.

He said that the march will be at its starting point at 3pm and will begin from the same place where their chairman was attacked.

On November 7, PTI Vice Chairman Shah Mahmood Qureshi had announced that the party will resume its long march from Wazirabad on Thursday (November 10).

This was the third time that the PTI had changed the date of the long march.