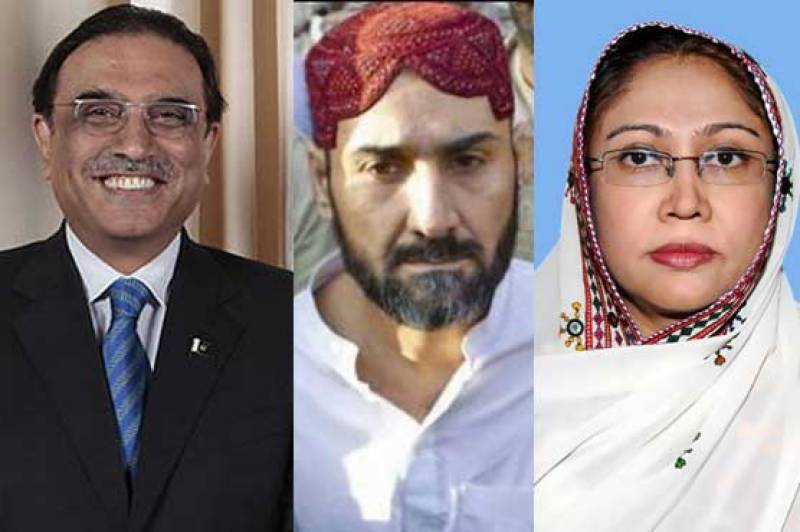 Karachi (Web Desk): Uzair Baloch, notorious killer and a key figure in the Lyari underworld, made sensational revelations against senior PPP leaders and police officials, alleging that the bounty on his head was struck off on the orders of Asif Ali Zardari and Faryal Talpur.

Uzair Baloch made these revelations in a confessional statement recorded before a judicial magistrate which was submitted before a two-judge bench of the Sindh High Court (SHC) during hearing of a case relating to missing persons.

In his confessional statement, dated April 29, 2016, Uzair testified that he joined a gang led by Abdul Rehman alias Rehman Dakait in 2003 and was incarcerated in the Central Jail, Karachi where he was appointed incharge of the prisoners belonging to the Pakistan Peoples Party (PPP) on the recommendation of then jail superintendent Nusrat Mangan and PPP leader Faisal Raza Abedi.

He also acknowledged that a terrorist organisation was formed in the name of Peoples Aman Committee. He confessed that he had four persons including a hawaldar of Karachi Central Jail kidnapped.

According to Uzair Baloch, he secured 14 sugar mills by force on the directives of senior leaders of PPP. Baloch also said that the bounty on his head was struck off on the orders of Asif Ali Zardari and Faryal Talpur, added that police officials were hand in glove with him regarding various criminal activities.

“A police mobile was used in the kidnap and murder of Arshad Pappu,” he disclosed. He confessed how he had killed Rangers officials Ejaz and Munir in 2013.

Uzair admitted to have shared with the Iranian spy agency the names of key officers of the armed forces in Karachi, Inter-Services Intelligence (ISI) and Military Intelligence (MI).

He said he promised to provide the Iranian spy officers maps and pictures of the army’s V-Corps Headquarters, Corps Commander’s residence, Naval Headquarters at Karsaz and Station Headquarters Karachi. He also identified for them the entry and exit points of the sensitive installations, number of security persons, routes and residences. He also promised to provide information about the army’s installations in Karachi and Quetta later.