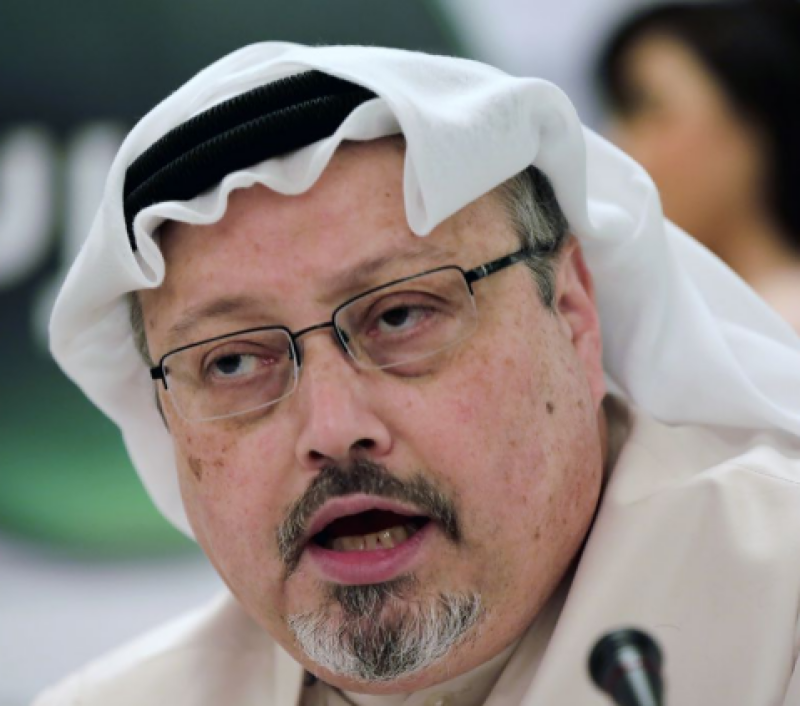 Washington (Agencies): Turkish claims that a well-known Saudi writer and government critic was slain inside his country’s diplomatic mission in Turkey have put the Trump administration in a delicate spot.

Members of Congress have grown increasingly insistent in recent days that the administration get to the bottom of the disappearance of Jamal Khashoggi, a writer for The Washington Post. He had apparently drawn the wrath of the Saudi government, which has become an ever-closer US ally under President Donald Trump.

Angry lawmakers likely won’t cause the administration to turn away from Saudi Crown Prince Mohammed bin Salman. But they could throw a wrench into arms sales that require their approval and demand the US scale back support for the Saudi military campaign against Iran-backed rebels in Yemen.

Republican Sen. Lindsey Graham of South Carolina has warned that if there was any truth to the allegations of wrongdoing by the Saudi government, it would be “devastating” to the U.S.-Saudi relationship. Sens. Chris Coons, D-Del., and Thom Tillis, R-N.C., said the disappearance of the journalist sends a “chilling message” and called for the Saudis to “immediately investigate and verify Jamal’s location.”

Sen. Rand Paul, R-Ky., a longtime critic of the Saudi government, went further. He said he’ll try to force a vote in the Senate this week blocking U.S. arms sales to Saudi Arabia. He told local radio in his home state that he wants to end the arms shipments if there’s “any indication” the Saudis are “implicated in killing this journalist that was critical of them.”

Saudi Arabia denies involvement in Khashoggi’s disappearance, and the Trump’s administration’s response has been far more cautious than that coming from Capitol Hill.

The administration has expressed concern but has refused to even to entertain questions about what the consequences would be if Turkish allegations turn out to be true — that the 59-year-old journalist was killed inside the Saudi consulate in Istanbul after entering it on Oct. 2 to get routine paperwork for his marriage while his Turkish fiancé waited outside.

“We don’t know what has happened to him. We don’t have any information on that,” State Department spokeswoman Heather Nauert told reporters Tuesday. “That’s why I want to say, we don’t want to make any judgments about what happened, and we call for a thorough and transparent investigation.”

The Washington Post said it has repeatedly asked the Saudi and Turkish governments for information about Khashoggi’s whereabouts and has not received any satisfactory answers. “Instead, reports about Jamal’s fate have suggested he was a victim of state-sponsored, cold-blooded murder,” CEO and publisher Fred Ryan said in a statement late Tuesday. “Silence, denials and delays are not acceptable. We demand to know the truth.”

Analysts said there were reasons for skepticism about the Turkish account. Ties between Ankara and Riyadh are at a low point over Turkey’s support for Qatar in that country’s yearlong dispute with Saudi Arabia and other Gulf nations. Saudi Arabia, a Sunni Muslim power, is also annoyed by Ankara’s rapprochement with the kingdom’s Shiite archrival, Iran.

The Saudi ambassador to Washington, Prince Khalid bin Salman bin Abdulaziz, described the allegations as “malicious leaks and grim rumors” and said the kingdom is “gravely concerned” about Khashoggi. Saudi officials maintain he left the consulate shortly after entering, although it has failed to provide evidence to support that.

The Trump administration is left with an awkward lack of information about a widely respected writer who had been living in self-imposed exile in the U.S. for the past year after fleeing a crackdown on intellectuals and activists in Saudi Arabia. Nauert said Secretary of State Mike Pompeo and other U.S. diplomats have been engaged on the issue and that Trump himself — he said Tuesday he “knows nothing” about what happened to Khashoggi — intends to speak to the Saudis.

What’s clear is that the administration, from the president on down, is heavily invested in the Saudi relationship. Robin Wright, a scholar at the Wilson Center think tank and close friend of the missing writer, said that’s unlikely to change. The administration’s Middle East agenda heavily depends on the Saudis, including efforts to counter Iranian influence in the region, fight extremism and build support for its yet-to-be-released plan for peace between Israel and the Palestinians.

Indication of those stakes came within four months of Trump taking office, when Saudi Arabia became his first destination on a presidential trip and he announced $110 billion in proposed arms sales. Trump heaped praise on Prince Mohammed when he made a three-week visit to the U.S. last March, saying the Saudi king had made a “very wise decision” in choosing the prince to succeed him.

Prince Mohammed, who has ties to Trump’s son-in-law and senior adviser, Jared Kushner, has introduced some economic and social reforms, allowing women to drive and opening movie theaters in the deeply conservative Muslim nation. The flip side, however, is that he’s also squelched dissent and demonstrated a thin skin when faced with international criticism. He’s also championed the destructive three-year military campaign against Iranian-backed Houthi rebels in Yemen that has pushed that nation toward famine and caused many civilian deaths.

Still, the Trump administration last month stood behind its support for that campaign with weaponry, logistics and intelligence, certifying that the Saudis were taken adequate steps to prevent civilian despite mounting evidence to the contrary.

Karen Elliott House, a veteran writer on Saudi affairs and chair of the board of trustees at RAND Corp., said US support for the Yemen war is likely to be the focus of congressional criticism but won’t endanger a relationship that has endured for decades, underpinned by shared strategic interests. Even under the Obama administration, which had difficult relations with Riyadh compared with Trump, there were some $65 billion in completed arms sales.