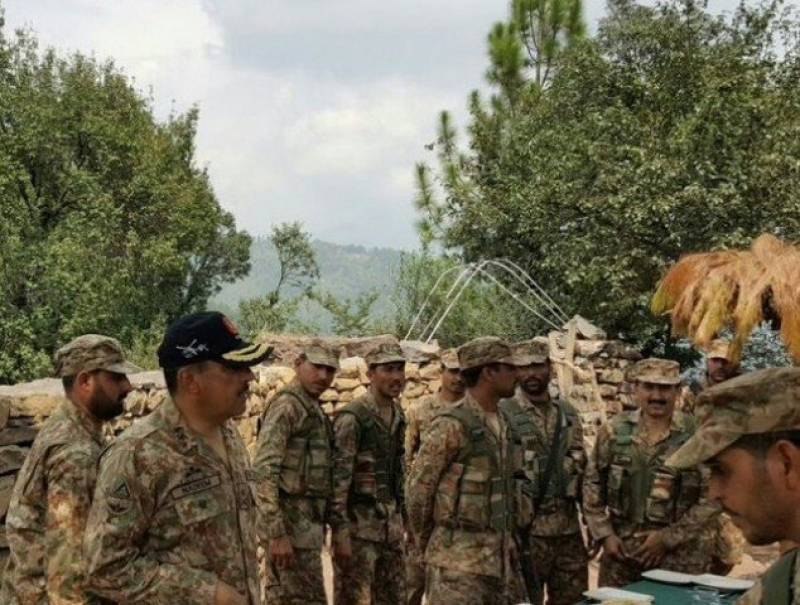 Rawalpindi (Staff Report): Rawalpindi Corps Commander Lt Gen Nadeem Raza on Sunday visited the Battal and Dawarandi sectors in Azad Jammu and Kashmir, where he "appreciated the high morale of the troops" and their "effective response" to ceasefire violations by Indian troops, says a statement issued by Inter-Services Public Relations.

The Corps Commander warned that the corps would "respond aggressively and effectively to any Indian miscalculation or misadventure" along the Pak-India border, read the statement.

Lt Gen Raza, while speaking about India's surgical strike claims ─ which have been denied by Pakistan ─ reiterated the troops' resolve to respond to such "misadventures" in the future, ISPR said.