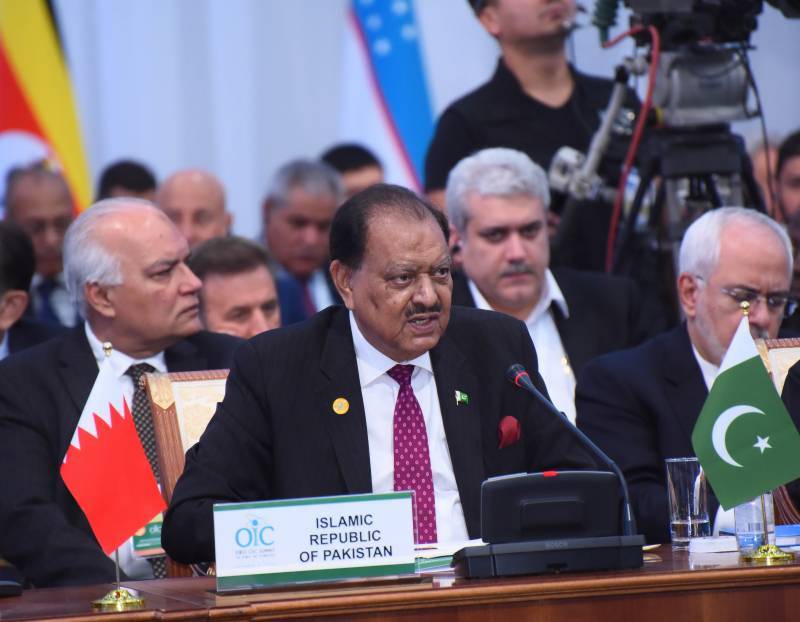 Astana (Agencies): President Mamnoon Hussain has said that unity among the Muslim Ummah is very imperative for development, prosperity and a safe future for the new generation.

The President said rapid changes are occurring in the fields of science and technology on innovations basis. He emphasized the need for enhanced focus of Muslim Ummah to improve the agricultural production and develop agricultural technology sector.

He said with solid foundations of education and skilled healthy manpower, it will be possible to focus on higher education and research in emerging areas of science and technology, Radio Pakistan reported.

“As a Muslim Community (we) have failed to pay attention to education sector for the last several centuries. He said it is very crucial for the Muslim World to be self-sufficient in political and socio-economic sector to revive the golden era of education.

He said the Muslim Ummah needs unity and integrity. The Muslim countries will have to work together against violence in Myanmar.

He said International organizations should also cooperate with us in this regard. He further said Science and technology summits should be held regularly.

President of Kazakhstan Nursultan Nazarbayev said Islam is spreading rapidly in the world. He said in the world of science, there are two Nobel Prize-winning personalities from the Muslim Ummah. The one is from Pakistan and the other from Egypt.