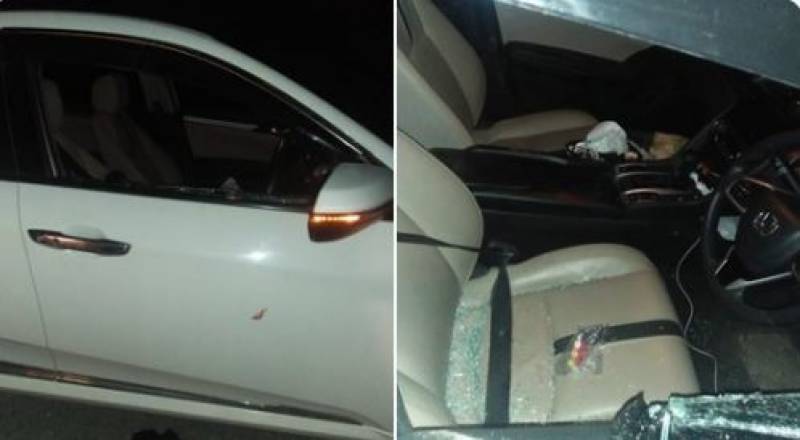 “We have done great work so far in the motorway rape case. We have located the village from which the suspects were from,” said Ghani while talking to a private news channel.

At least 20 police teams were working on the case and are being overseen by a deputy inspector-general, the IGP added.

Two ‘robbers’ had allegedly gang-raped a mother of two at gunpoint in Gujjarpura area on Wednesday while she was waiting for help on the motorway after her car developed a fault.

The woman was travelling from Lahore to Gujranwala along with her children.

According to reports, the woman crossed the toll plaza on the Lahore-Sialkot motorway, when her car stalled either due to shortage of petrol or some fault.

Meanwhile, she got a call from a relative of Gujranwala, who asked her to call the police helpline for help while he also left from home to reach her.

In the meantime, two robbers approached the car, broke the window, and took the woman and her children to nearby bushes where they raped her repeatedly in front of the children. They also snatched her purse carrying Rs100,000 in cash, one bracelet, car registration and three ATM cards.

The woman is said to be a resident of the Defence Housing Authority and her husband worked abroad.